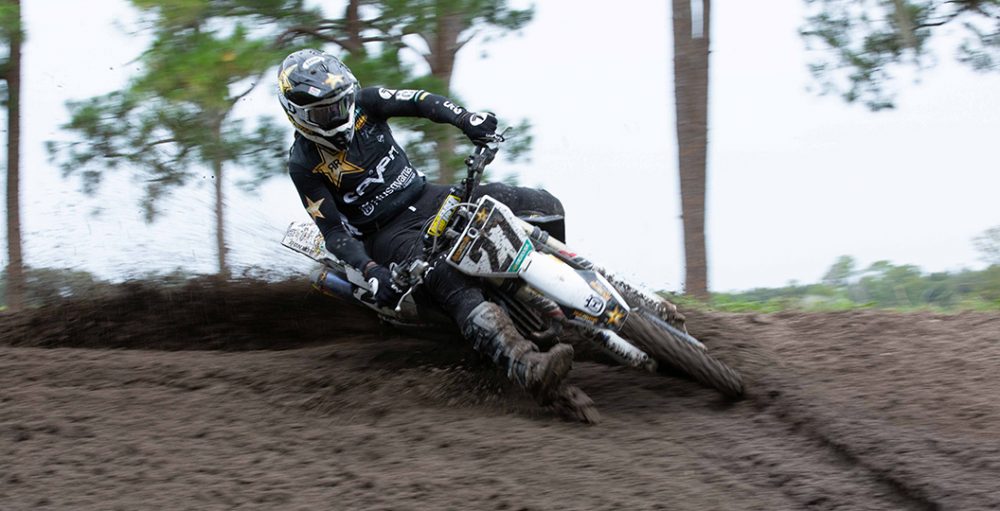 The Rockstar Energy Husqvarna Factory Racing Team is pleased to officially announce that Malcolm Stewart has inked a two-year deal to join the team’s 450 efforts in both AMA Supercross World Championship and AMA Pro Motocross racing. The 28-year-old Florida native will pilot the FC 450 ROCKSTAR EDITION for the 2022 and 2023 race seasons, beginning on January 8 with the Anaheim SX season opener.

Malcolm Stewart (Rockstar Energy Husqvarna Factory Racing Team): “I’m really excited to have a full indoor/outdoor deal that’s sealed for two years. It’s definitely a great opportunity for me and I think there’s nothing but positive vibes coming from me. I’ve always wanted to ride one of these Husqvarna motorcycles, I’ve seen everybody in the past do very well on it. We’ve been putting in the work this summer. Having a new training program going with Aldon Baker, I know there’s going to be a lot of big changes for me but I’m looking forward to it all. I’ve seen the successes that have happened through The Baker’s Factory and I want to be a part of those people, so I feel that this is a good opportunity for me in these next two years to go out there and do the best that I can.”

Fresh off his best-career Supercross season with sixth overall in 2021, the 2016 250SX East Champion earned his first 450SX podium at the penultimate round in Salt Lake City before finishing the year out strong with a top-five result. Now, with the Rockstar Energy Husqvarna Factory Racing team behind him, Stewart looks to keep the momentum rolling as he prepares to attack both Supercross and Motocross for the first time since 2014.

Stewart added, “It’s been a while since I’ve done the outdoors but I feel like racing is racing – anytime the gate drops there’s no negative vibes and it’s always going to be a positive. You live and you learn something from it, so let’s just get ready because that #27 is going to be out there.”

Stephen Westfall (Rockstar Energy Husqvarna Factory Racing Team Manager): “We are pleased to announce the addition of Malcolm to the team for the next two years. He’s always been a joy to watch riding Supercross and now we get to see it first-hand every day. It’s going to be a fun couple years with him around.”