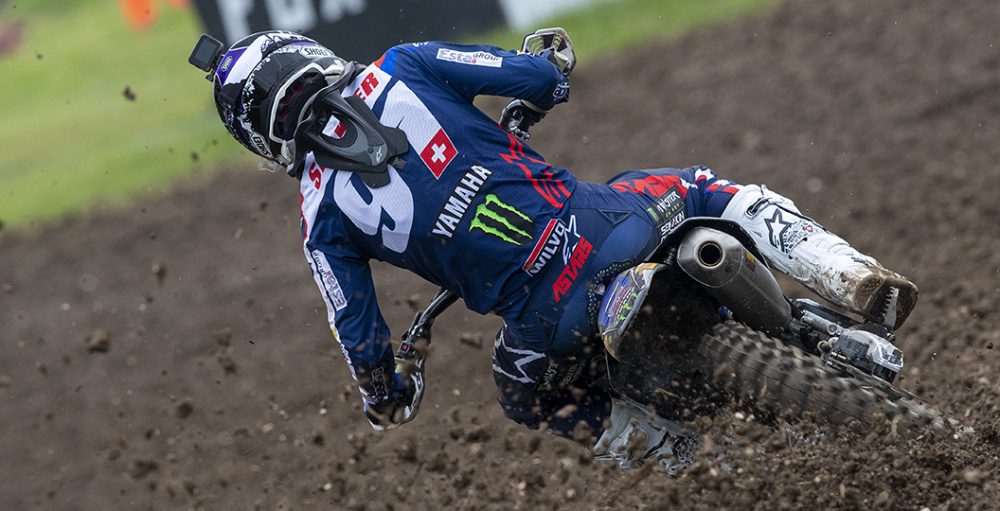 Yamaha Motor Europe is pleased to confirm a contract extension with Jeremy Seewer that will see the 26-year-old Swiss star race a YZ450FM inside the FIM Motocross World Championship with the full support of the Monster Energy Yamaha Factory MXGP team through 2023.

After celebrating a maiden MXGP race and Grand Prix win last season, four times FIM Motocross World Championship runner-up Seewer is excited to remain with Yamaha for another two years. The new contract brings extra continuity and strength to both Seewer and the team. Together, they aim to add to the #91’s incredible list of achievements, which includes a total of 38 podiums and six Grand Prix wins throughout his career in MX2 and MXGP.

Seewer joined the Yamaha Family back in 2018 and has enjoyed three full seasons with Yamaha inside the premier class, MXGP.  Since making his 450cc debut, the Swiss star has taken his YZ450FM to 12 podium finishes, three race wins and a Grand Prix victory on his way to finishing second with Yamaha inside the MXGP World Championship twice – in 2019 and 2020.

Impressively, throughout his eight years as a professional racer, he has not missed a single Grand Prix. The third round of the FIM Motocross World Championship that will take place in Maggiora, Italy, today is his 131st consecutive Grand Prix start. He is currently sixth in the 2021 MXGP Championship Standings after two rounds.

Jeremy Seewer: “It’s amazing to stay with Yamaha for another couple of years. I never thought in this amount of time, since 2018, that I would build such an awesome relationship with a brand, and to move so quickly into the Yamaha Factory team where I have been for two-years, and now to extend the contract to 2023. It feels really good to have a brand like Yamaha behind me. I am happy about that. I feel so good in the environment, I have the right people around me. Like this, we can make it through everything, both good and bad, we can take on whatever comes our way, and this gives me extra confidence.”

Alexandre Kowalski: “We are very happy to continue with Jeremy, he has already proven that he is a great rider and a consistent threat to the MXGP podium. He knows the team; he knows the bike and the entire research and development department. We are all close to him and we are confident that we are on the way to even more success and this is exciting for both Yamaha and for Jeremy too. Now after four seasons with Jeremy, it is easy to see that he is a trusted member of the Yamaha Family. We have the same spirit and the same goals, and we believe that together we can continue working towards the MXGP world title.”