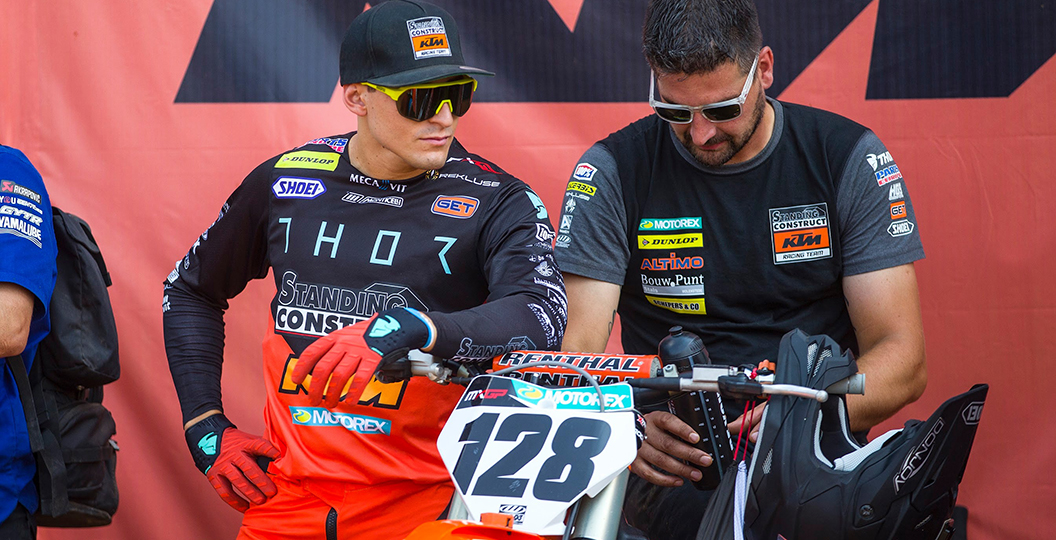 Ivo Monticelli and Standing Construct KTM are delighted to have reached an agreement that will see the talented Italian remain with the team where he will contest the 2020 FIM Motocross World Championship onboard a KTM450SX-F. The contract extension comes during his most successful premier class outing where he has put in some highly impressive performances including a milestone top-five finish at his home Grand Prix in Trentino, Italy.

After finishing 23rd in his first full MXGP term in 2018, Monticelli joined the Standing Construct KTM team at the start of 2019 and has astonishingly charged up the leader board. He is currently battling for top 10 in the MXGP World Championship Classification despite being out two rounds with injuries.

Monticelli will continue to focus on the final two rounds of the 2019 MXGP series before shifting his target to the Monster Energy FIM Motocross of Nations in Assen, The Netherlands, where he has been proudly selected to represent his nation, Italy, at the most prestigious event of the year.

Ivo Monticelli
I am very happy to continue with Standing Construct KTM. They believed in me, they gave me a chance and allowed me to make big steps this season. The team is very professional, they give me the best possible material and they are very competent people that feel like a family, which is important for me to perform. This winter I will stay in Belgium again so that I can prepare for the 2020 season in the heart of motocross where together with the team we hope to make another big step.

Tim Mathys
When we signed Ivo in 2018 there were a lot of people that had questions with this signing.
I think this year he showed his potential with his 5th place overall at the GP of Trentino and his several top 10 finishes. I am convinced that if he works hard in the winter again like he did last year and with the experiences he had this season, Ivo will be able to be regularly inside the top 5 in 2020.