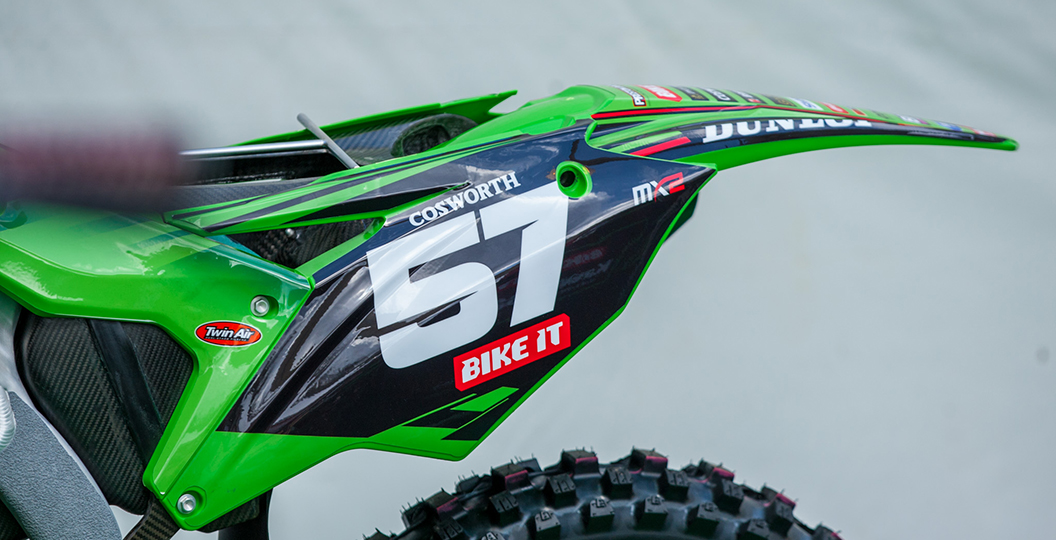 Lewis PhillipsMarch 18, 20190
New Zealander Courtney Duncan joins the Bike It DRT Kawasaki team to compete in the FIM Women’s World Motocross Championship, which kicks off at Valkenswaard in The Netherlands later this month.

With two world titles and a further three medals in the Women’s World Championship, Kawasaki is proud to announce that talented New Zealander Courtney Duncan joins the Green family this season to compete in the high-profile five-round series. The fast twenty-three-year-old young lady has been a major protagonist in the series since her debut three years ago, claiming an amazing seven GP victories and fourteen heat wins from just fifteen starts within that short space of time.

Twice she was denied the world title through injury and lost the title by just two points on the other occasion. More determined than ever to finally achieve her goal Courtney has made the conscious decision to join the highly-experienced British Kawasaki squad run by Steve Dixon to race a KX250 alongside male teammates Darian Sanayei from the USA and Brazilian Gustavo Pessoa in a truly international squad. Apart from the GPs Courtney, currently in Europe to prepare for the GP season, will also race in her native country with the support of Kawasaki New Zealand.

Courtney Duncan: “I’m stoked to announce my signing with the Bike It DRT Kawasaki race team. They’ve given me an awesome opportunity and I’m very motivated to put them on top in 2019. A fresh start is what I needed and I couldn’t be more excited than to do that with Kawasaki. Kawasaki New Zealand have also come on board to support me at home, for which I am also very thankful.”

Steve Dixon (DRT team owner): “It’s ten years since our team was involved in the Women’s World Championship with Tarah Gieger, when she even helped Puerto Rico to qualify for the Motocross of Nations, but we have always maintained a keen interest in the series. It was actually a friend who mentioned to me that Courtney was looking around for a competitive ride in this year’s GPs; it took some thinking about but Kawasaki were keen, especially since their previous champion Livia Lancelot retired. I confidently expect Courtney to bring Kawasaki the world title.”

Steve Guttridge (Kawasaki Motors Europe): “The FIM and Youthstream provide a great platform for the women to show off their skills and talent at the highest level within the MXGP environment and so we are very much looking forward to welcoming Courtney into the DRT team in time for round one of the series at Valkenswaard. It is a great opportunity for us as Kawasaki to return to the Women’s World MX series and for sure we will again be at the sharp end with Courtney! We believe that she will be a perfect match for our KX250 and the experienced UK-based MX2 team will give her the base to challenge for the 2019 WMX title.“