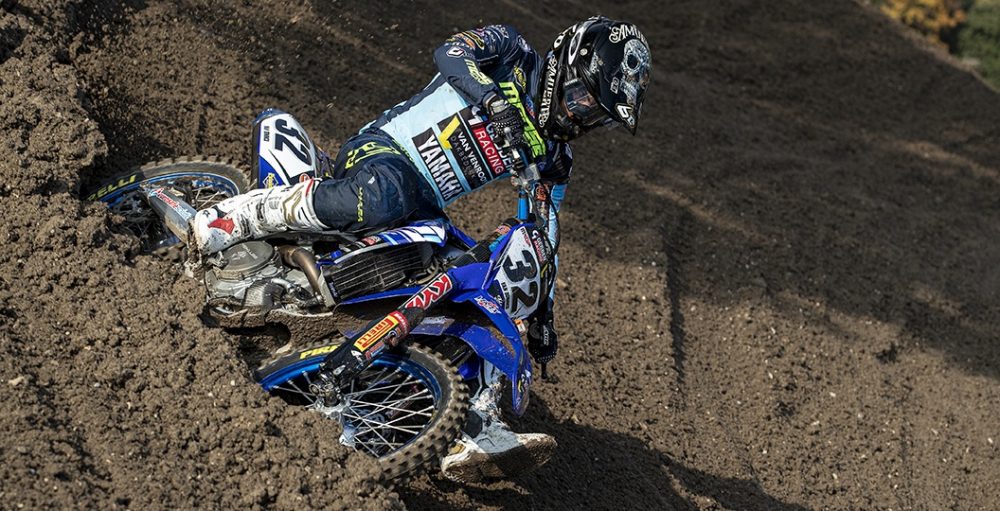 Gebben Van Venrooy has finalised their two-rider team for the 2021 FIM Motocross World Championship. Brent van Doninck will sit alongside Calvin Vlaanderen, as confirmed in the press release below.

After having recently confirmed that Calvin Vlaanderen will be under the Gebben Van Venrooy Yamaha awning for the 2021 season, the team are delighted to announce another signing for the season ahead. The team has agreed a deal with Belgian talent, Brent van Doninck, for the 2021 FIM Motocross World Championship campaign. The Belgian has a lot of GP experience having contested the MX2 World Championship for several years with Kemea Yamaha, DIGA-Process Husqvarna and Assomotor Honda.

The 2020 season was van Doninck’s first season in the MX1 class on the 450F and he spent the year mainly racing in the UK. After Vlaanderen picked up an injury and couldn’t race the last three rounds of the championship, the team drafted in van Doninck in his absence. Despite no time on the bike, van Doninck really impressed at the Arco di Trento triple header with overall finishes of thirteenth, ninth and tenth to outline the potential he has. With a full winter to prepare for the 2021 season he could be one to watch out for on the Gebben Van Venrooy Yamaha.

Brent van Doninck: “Of course, I am really excited about this deal. Gebben Van Venrooy give me the chance to ride the last three MXGP rounds in Italy and we were all very happy with my results. I know already that the bike is working very well, and I think it will only get better as soon as we start testing. I really cannot wait to start working with the team.”

Klaas Hattem (Team Manager): “The Gebben Van Venrooy Yamaha team are pleased to have signed a contract with Brent van Doninck for the 2021 season. As a Yamaha supported team we are always looking out for young riders with potential and the right attitude. Brent has shown this at the last three MXGP races of the year. We really look forward to the 2021 season with great confidence.”