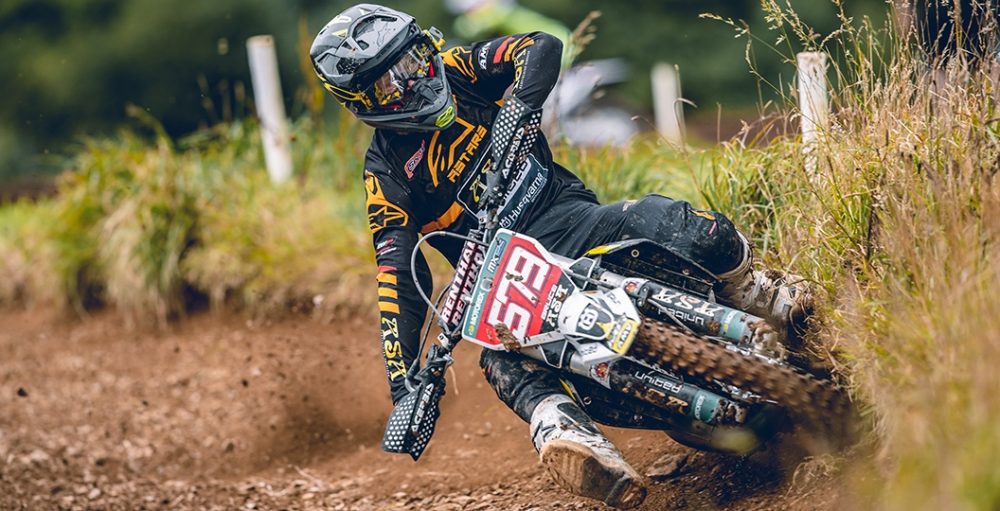 2021 will see a powerful new manufacturer do battle in the ACU British Motocross championship – GASGAS. Following in the Factory footsteps of the manufacturer’s debut season in MXGP, GASGAS has partnered with the ASA United team in the UK.

ASA United Team Principal Lee Tolan has assembled a blend of experience and youth to compete in the British MX2 championships. Steven Clarke and Bobby Bruce will be the chief protagonists for the team in the Revo ACU British Motocross Championship, as well as taking on the Michelin MX Nationals British Championship Powered by Milwaukee series. Bruce will also compete in the highly competitive EMX125 class. Alongside these riders, Tom Murphy and Archie Edwards will also sport ASA United GASGAS colours in the British MX2 and 65 classes respectively.

Steven Clarke will race the GASGAS MC 250 F in the British MX2 championships. With a long list of wins, titles and achievements to his name, there are few in the paddock with as much experience as Clarke to take into the 2021 season. From his junior world championship win in 2005 to making his mark in MXGP and AMA Supercross over his illustrious career – and cementing runner up spot in the MX Nationals MX2 title chase in 2020 – Clarke is well positioned to make the switch to new GASGAS machinery in 2021.

Talented teenager Bobby Bruce raced under the ASA United banner in the Covid-19 affected 2020 season, taking the MX Nationals 125 title with a round to spare and shaking up the established runners in EMX125. His season was topped and tailed by injury, but the mixture of success and disappointment will fuel Bruce’s ambitions in 2021 aboard the GASGAS MC 125. Bruce will compete in the MX2 class in the domestic championships and challenge in the EMX125 class across Europe.

Stephen Clarke, MX2: “I’m so looking forward to representing GASGAS and I really want to get a championship for the brand at the first time of asking. The ASA United team is impressive – their bikes are always so well prepped – and I know they’ll deliver exactly what I need. With my experience I know that I’ll be at the front of the pack and with the backing of the team we will be a force to be reckoned with. The aim is to get the red plate on the red bike when we start racing.”

Bobby Bruce, MX2 and EMX125: “I’m really happy to be racing for ASA United again in 2021. I know the team can provide everything I need to achieve my goals for the year. Those goals are wins and podiums, it’s as simple as that. I proved that I can run at the front in EMX125 and then showed that I can take titles by winning the MX Nationals 125 crown. I can’t wait to get on the bike and for the season to start.”

Tom Murphy, MX2: “I’m so pleased to be back working with Lee and the ASA United team after riding with them in 2019. MX2 will be tough, I know that, so I’m looking to build throughout the season, starting from our first training camp in Spain at the end of December.”

Archie Edwards, 65cc: “Representing GASGAS in British motocross is a really exciting prospect, and I’m so happy that I’ll be doing this with a local team and I can’t wait to get the results for me, Lee and the team.”

Lee Tolan, ASA United Team Principal: “We’re really excited and proud to be running GASGAS machinery in 2021. We’re still a young team, but we’ve shown that we can consistently run at the front and deliver titles. In Steven Clarke, we’ve signed a proven talent. There’s nothing he’s not done in this sport and we know he’ll deliver in MX2. We ran Bobby last year and know his potential is massive. He delivered us a title in MX Nationals last year and he knows what speed is needed to win in EMX125. It’s also great to support Tom and Archie under the awning, who both add to the family spirit of the team.”

Matt Walker, GASGAS UK: “It’s great to be responsible for a new brand, and we’re really happy at the interest shown in GASGAS. We were looking for an ambitious team to partner with in motocross and ASA United are exactly that. With a great blend of youth and experience, aligned to a substantial pre-season calendar and an immaculate paddock presence we know that when the gate drops, the ASA United GASGAS riders will be primed and ready to Get on the Gas!”