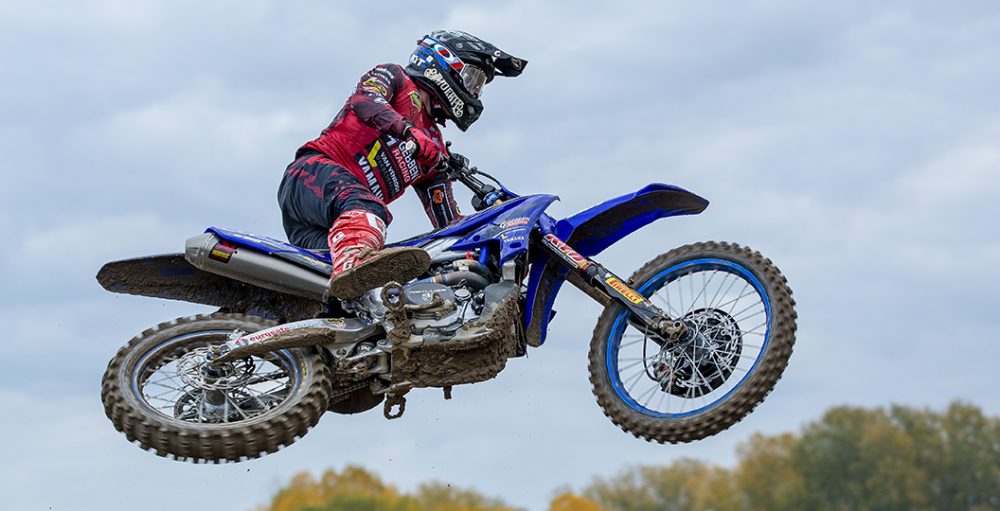 There were concerns for Brent Van Doninck when Gebben Van Venrooy Yamaha confirmed that they would run two guys in the 2022 FIM Motocross World Championship, those being Calvin Vlaanderen and Arminas Jasikonis. Van Doninck did a reasonable job for the team this year, but was not retained for a second term and had been calling around the paddock to secure a seat for the new season. Now, finally, he has landed at Riley Racing Yamaha for a full-time assault on MXGP.

“We are proud to announce our line up for the 2022 season. We are moving up to the @MXGP class with @BrentVanDoninck32. @TimEdberg26 is coming back to our team to race in MX2 and @WilliamKleemann838 is going out in the EMX250. We are excited and will work hard to be ready for the new season!”

Van Doninck was sixteenth in the premier class this year, despite battling some niggling injuries in the extremely deep field. Although his results towards the end of the year were not too noteworthy, he started with quite the bang by finishing seventh in moto one at the Grand Prix of Russia. The result was backed up at Maggiora (tenth) and Oss (ninth) too.

Riley Racing is not new to the Grand Prix paddock, but racing in the premier division is certainly a new challenge. Hakon Fredriksen led the team in the EMX250 division, racing to fourth in the final championship standings, and rumours suggested that he would be moving onto the YZ450F with the team. Now, he does not appear in the line-up at all in what is quite the curveball.