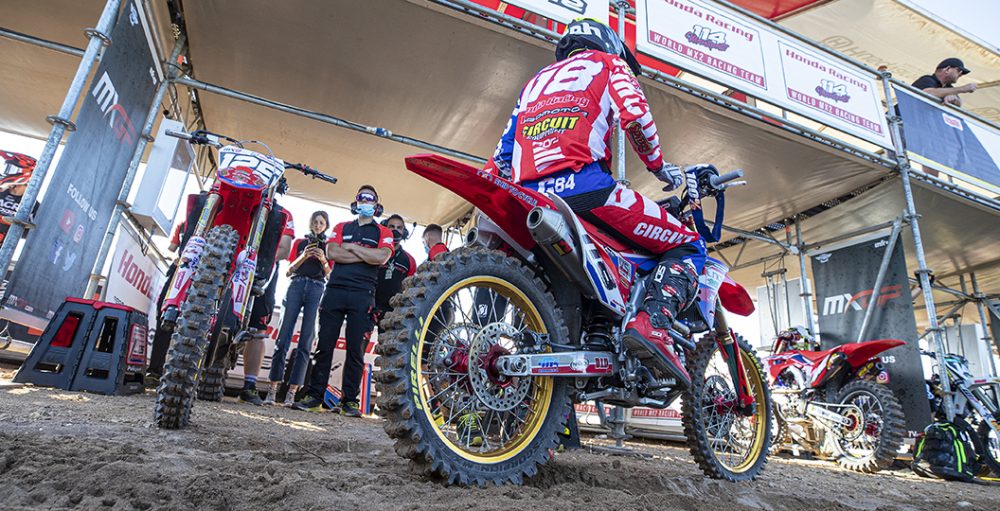 When Assomotor Honda confirmed that they were closing their doors, question marks were raised regarding the future of Stephen Rubini. Rubini spent three years with the Assomotor outfit and is about to enter his final term in the MX2 category. Fortunately, things are not going to change too much for Rubini as he will continue to pilot the CRF250R. Honda SR Motoblouz confirmed that they have signed him to compete in the MX2 division in the 2022 FIM Motocross World Championship via the following statement.

“A new partner joins the team and, with ‘Ship To Cycle’ behind us, we are pleased to welcome Stephen Rubini and Emil Weckman who will enter the MX2 World Championship in the team alongside Benoit Paturel, who will race in the MXGP class. Both Benoit and Stephen will also enter the French Elite series.”

The statement confirms that Emil Weckman, who also rode for Assomotor Honda in the 2021 FIM Motocross World Championship, has joined Honda SR Motoblouz and will step into the MX2 class on a full-time basis. Weckman raced in MX2 at four Grands Prix this term and scored a season-best finish of eighteenth in a moto on two occasions. Competing in seven of the ten EMX250 rounds, he was ranked in ninth in the final championship standings.

The ‘Ship To Cycle’ reference is rather poignant too, as the Swiss company that specialises in door-to-door bike transport services has become a title sponsor of the French outfit. The team will be referred to as Ship To Cycle Honda SR Motoblouz in the 2022 FIM Motocross World Championship. The additional financial support is a part of the reason that the team has expanded to three riders and entered the MX2 division for the first time. It is also thought that the team will move into a full semi, rather than the smaller privateer set-up that they currently run.