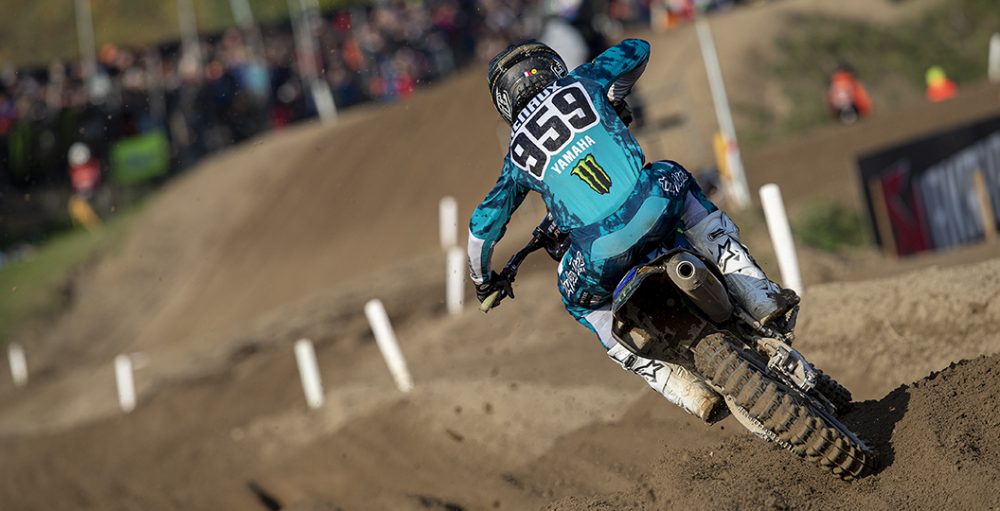 Yamaha Motor Europe is delighted to confirm that reigning FIM MX2 Motocross world champion Maxime Renaux will make the step up to the premier MXGP class in 2022. The 21-year-old Frenchman will join the Monster Energy Yamaha Factory MXGP team where he will campaign a YZ450FM in the FIM Motocross World Championship for the next two years, at least until the end of the 2023 season.

Renaux has been with Yamaha for more than a decade and has worked his way up the Yamaha Racing pyramid, ever since he was a young star-on-the-rise on a YZ85.

In 2015, the young talent celebrated three EMX125 wins aboard a GYTR kitted YZ125 and eventually won his first world title with an impressive victory at the Junior 125cc World Championship in El Molar, Spain, in that same year. After the 2016 and 2017 seasons were marred by injury, the determined Frenchman entered the lower capacity premier class, MX2, as a wildcard in 2018 and instantly showed great potential.

At the tender age of 18, Renaux completed his first full-term in MX2 in 2019 where he managed to steer his YZ250F to a maiden podium finish on his way to seventh overall in the final classification. The following year, in 2020, the Yamaha ace quickly established himself as a title threat. He eventually finished third in the MX2 World Championship after celebrating his first-ever Grand Prix race and overall win at the MXGP of Italy in Faenza.

After many notable performances throughout his first two years in MX2, Renaux was drafted into the Monster Energy Yamaha Factory MX2 team and substantially improved his riding and racecraft. In his debut season as a ‘Factory’ Yamaha rider, the ‘959’ took his YZ250FM to 24 top-three finishes, 10 race wins, 14 podium finishes and five Grand Prix wins on his way to title glory in the 2021 FIM MX2 World Championship.

For 2022, Renaux is ready for the next chapter and challenge in his career. After the Paris Supercross at the end of November, the French star will step up to the premier class where he will join seasoned MXGP riders Jeremy Seewer and Glenn Coldenhoff under the Monster Energy Yamaha Factory MXGP awning.

Maxime Renaux (Monster Energy Yamaha Factory MXGP Rider): “I’m really excited for the new challenge and the next chapter, to move to MXGP. I know it’s going to be an all-new challenge and it is the most important part of my career, because once you reach MXGP you are at the top. There is no class to move forward. I feel ready for it; I am really looking forward to making this experience a good one and a long one. I have tested the bike, and I feel already really good and really comfortable. I’ve been riding a 450 in the past, so it’s not a new bike for me, but it is the first time on a Factory YZ450FM. I already feel super ready for it, so now we will spend the winter testing and developing the bike to suit me as best it can, so that we are ready for next season. I’m looking forward to everything.”

Louis Vosters (Monster Energy Yamaha Factory MXGP Team Owner): “We are very pleased to be welcoming Maxime into the Monster Energy Yamaha Factory MXGP team alongside Jeremy and Glenn. The MXGP World Championship is hugely competitive, but Maxime has the speed and skills to have a promising rookie season. He has spent all of his career inside the Yamaha family and Maxime is an example of the successful Yamaha pyramid, which focuses on bringing a rider through the junior ranks to the pinnacle of motocross racing. I look forward to a great collaboration.”

Alexandre Kowalski (Yamaha Motor Europe Off-Road Racing Manager): “Maxime has been with Yamaha since he was very young. He is very much a part of the ‘Yamaha Family’ and with us since he was racing an 85cc. He won the Junior 125cc World Championship on a YZ125 and has progressed nicely up the Yamaha Racing pyramid to reach the Factory MX2 team in 2021, where he won the MX2 world title. After winning the MX2 World Championship this year, Maxime is ready for a new challenge and to move up to MXGP. He already has quite some experience on the YZ450F and has already won some big beach races in France. Yamaha Motor Europe is looking forward to the new challenge with Maxime, and we are extremely happy to continue with him for another two years or more. We will fully support him in his first two years inside the premier class, where we look forward to writing another nice chapter, this time against the big guns of MXGP.”