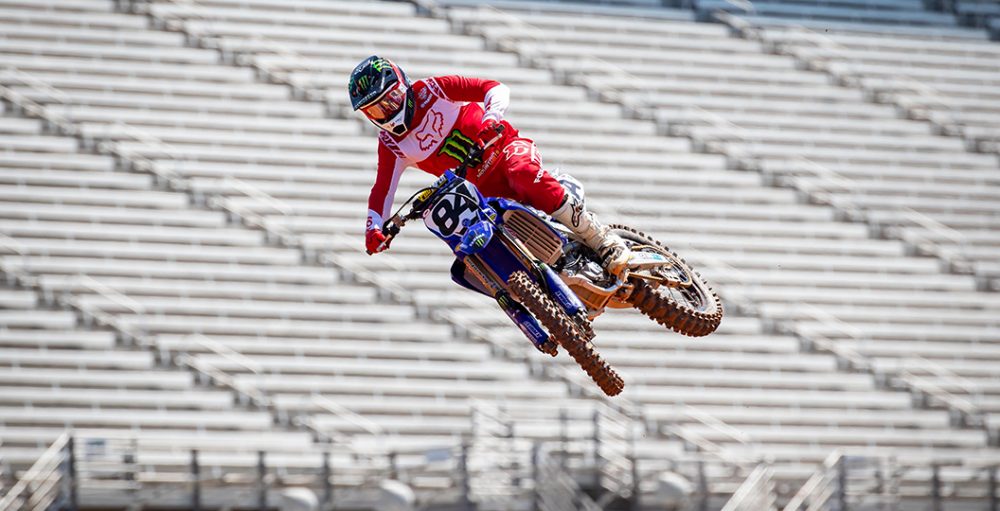 Not everyone has made it through the off-season unscathed, as Benny Bloss crashed just before Christmas and sustained an injury that will rule him out of the first portion of 2022 Monster Energy Supercross. Exact details are not actually available – Bloss simply stated that he “was able to his ankle fixed” on December 22. Team Tedder Racing, the squad that Bloss signed for ahead of the new campaign, immediately got to work and located a fill-in rider.

Josh Hill will race for the squad until Bloss is in a position to return to racing. Hill had no real intention of doing a string of races in succession, so is currently facing a race against time to be ready for the opener. Although he competed at just two rounds (Atlanta 2 and 3), he did make the main at both events and secured a season-best finish of sixteenth. Hill announced his deal with Team Tedder Racing via the following social media post.

“I got a call from my friend @Dakota [Tedder] the day before Christmas that unfortunately @BBloss73 had gotten injured, so I will be filling in on @_TeamTedder until he is back to 100%. Stoked to bring along my sponsors @MountainMotorsports_ and @FoxMoto @RideDunlop and of course @MonsterEnergy. With just over a week notice it’s going to be tuff [sic] to be up to pace, but I’m stoked to be back racing at Anaheim. This video is from the @MesquiteMoto SX track.”

With 2022 Monster Energy Supercross just under a week away, Team Tedder Racing are also working with Kaeden Amerine to help him prepare for his indoor debut. Amerine is expected to race 250SX West.