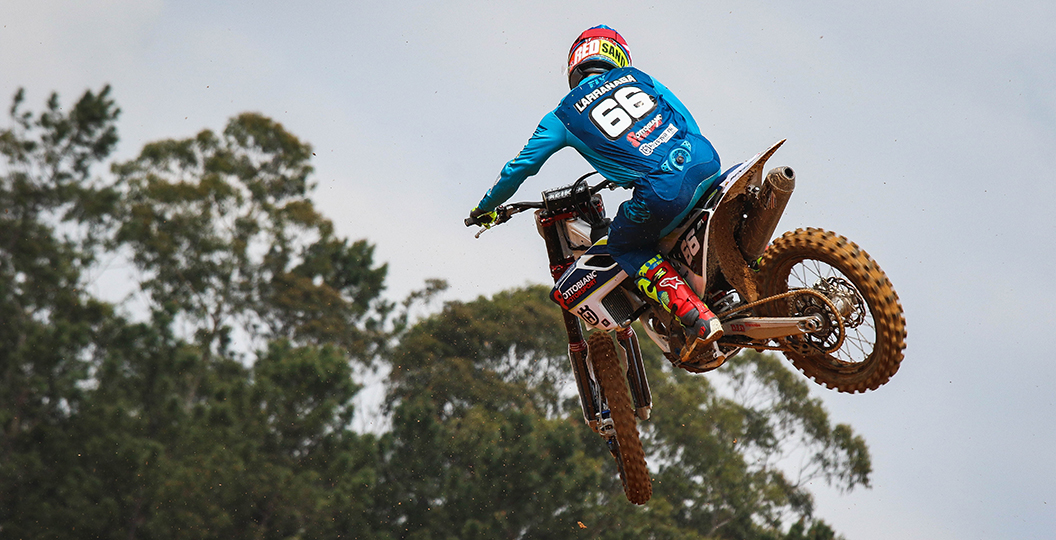 Another piece of the silly-season puzzle has fallen into place. Iker Larranaga Olano, a Spaniard who broke through during the first half of the FIM Motocross World Championship earlier this season, has signed a new deal with the Marchetti KTM squad. Larranaga will effectively fill the seat that Morgan Lesiardo has vacated.

Iker Larranaga is not yet back on a bike, following that horrific crash at the Grand Prix of Indonesia that left him with a pair of dislocated shoulders, but will have plenty of time to prepare for the new season. Twelfth was the position that he occupied in the MX2 category before his injury, with a season-best finish of sixth in the second moto at the British Grand Prix. Larranaga will turn twenty-two in December and therefore next year will be his last in MX2.

Andrea Zanotti, a young Italian, has also agreed terms with Marchetti KTM and will join Iker Larranaga in the MX2 class in 2019.