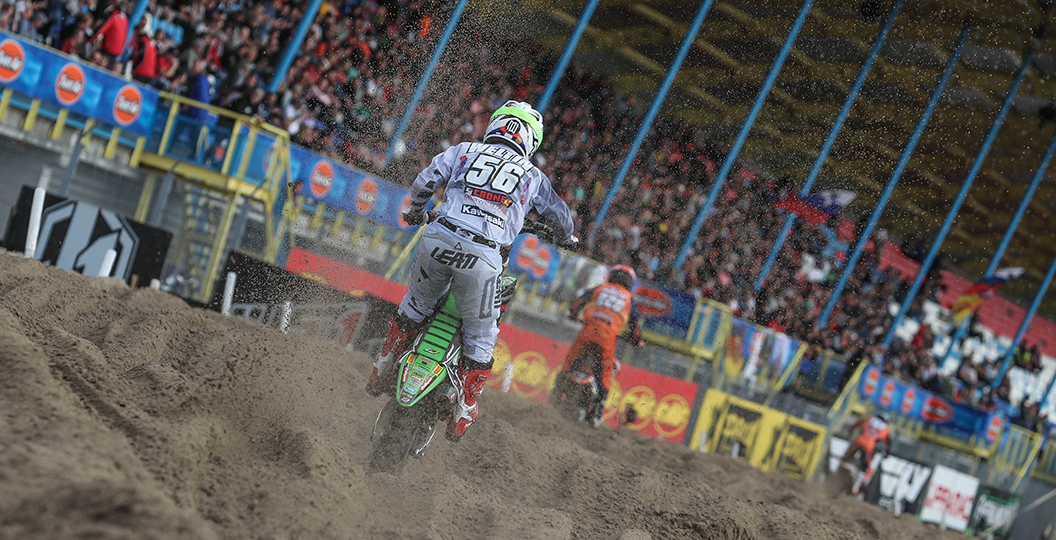 With F&H Racing receiving increased support from Kawasaki Europe next year both Sterry, who celebrated his twenty-second birthday two weeks ago, and Jacobi, who turns twenty-two next month, will be eager to chase MX2 honours next year, their final season in the class, whilst American Weltin and exciting young Dutch talent van de Moosdijk will chase gold in the European EMX250 Championship.

2019 will mark Sterry’s second season with F&H Racing and the Welshman will draw on both his natural talent and his close working relationship with Kawasaki Europe and the team to advance to the very forefront of the world scene. Already a top six runner during the early rounds of this year’s series, he has defied a niggling ankle injury during the second half of the season to return consistent top ten results after sitting out several mid-season races. A short period of recuperation after the final GP in Italy at the end of the month will precede a solid winter of preparation to be perfectly prepared for the start of the 2019 season at the end of February.

Jacobi, already assured of a top ten world ranking as he heads into the final two rounds of the series, will join Kawasaki determined to advance yet further up the rankings with the state-of-the-art KX250F. Coming off an inconsistent season aboard another brand, the ex-world junior champion will be determined to build on his undoubted gating skills more regularly aboard the green rocket ship to also mount a challenge for medal placings. Taking a clear points lead into the final round of the German ADAC Masters series next weekend, he will join F&H Racing after representing his country in the season-ending Motocross of Nations contest next month.

Weltin, the amiable American who joined F&H Racing mid-season and immediately posted a string of top ten GP scorelines, returns next year to the European EMX250 Championship, a series where he has unfinished business after ranking sixth in 2017. The European series, in which young talent can learn their trade against experienced rivals, has proven to be a first-class preparation for the world stage and the impetus of a title has produced top class racing.

Van de Moosdijk is undoubtedly one of the outstanding teenage talents in the sport and will join F&H Racing and Kawasaki next month after completing his commitments to his current team. The seventeen-year-old has enjoyed support from Italy throughout an impressive youth career and maintained those contacts for his entry to 250cc racing this year in the European championships in which he has already recorded six moto podiums; naturally he jumped at the opportunity to join Kawasaki and the high-profile F&H team as he chases European gold next season and will get his first taste of GP action at a number of rounds.

Adam Sterry: “Next year I will stay with the F&H team, and for the first time in my pro career I will have the same mechanic as the previous year! We worked well together, we worked well with the team and I’ve learnt a lot myself this season; I just hope to stay injury-free of course. I want to finish this season strong and then have a really good off-season to prepare for 2019. I live in Holland now so I’m close to the team and that’s easier for us to work together. I will have a lot of sand training, a lot of wet days in Lommel this winter; that’s one of the keys for a successful season.“

Henry Jacobi: “It’s quite a big step for me to join the F&H team because it’s the first time ever in my career that I am a professional rider. Next year will be my last season in the MX2 class as I will turn 22 soon, and I want to have a strong season. I’ll be giving my best and I think that I will now have the best people around me to achieve really good results. I surprised myself this season when I got my first GP podium so early in the series and now I want more! I will work on my condition next winter, work closely with the team and I’m sure I will make another step.“

Marshal Weltin: “I’m really happy to be part of the team next season again. Since I joined the F&H team and came back on a Kawasaki we had some good results and I want to thanks the Fase family; I’m so grateful for everything they did for me. I feel at home in this team and I know that after a good winter I will be really strong next season in the European Championship.“

Roan van de Moosdijk: “I’m looking forward to next season, and it’s a great opportunity for me to join Kawasaki and the F&H team. I will have a great new bike and it will be much easier to join a team based in Holland where everyone speaks the same language after spending several seasons in a foreign squad. The goal is of course to try to win the European title; since the middle of this season I got some great results with a couple of podiums so I hope to do the same next year, and I’m also looking forward to racing some GPs to prepare for 2020. I was brought up racing in sand since I was a kid but I showed with a podium result in Bulgaria that hard-pack is not a problem for me.“

Nathalie Fase (Team Manager): “We’re getting bigger and bigger and also more professional each year and the increased support of Kawasaki Europe is another step; it will help us to reach the next level. We got our first MX2 podium result this year; it came sooner than we could expect and of course we want more. It’s our dream to deliver Kawasaki many more MX2 podiums. Our riders did a good job, we’re all improving and I’m really happy with the four riders who will race for F&H Kawasaki next season; we decided to step it up in the MX2 class next year but also to have a strong programme in the EMX250 with the goal to fight for the title. I want to thanks Kawasaki Europe for their support, and also our main sponsors such as F&H Crone, Merwestaal and Noordenne Staal.“ 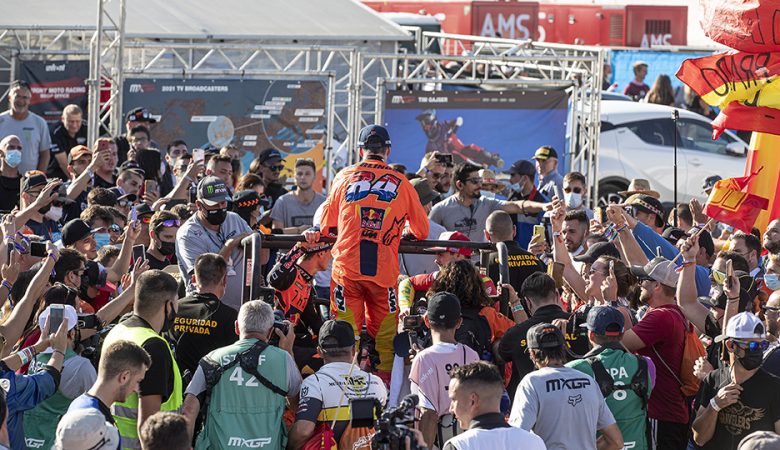 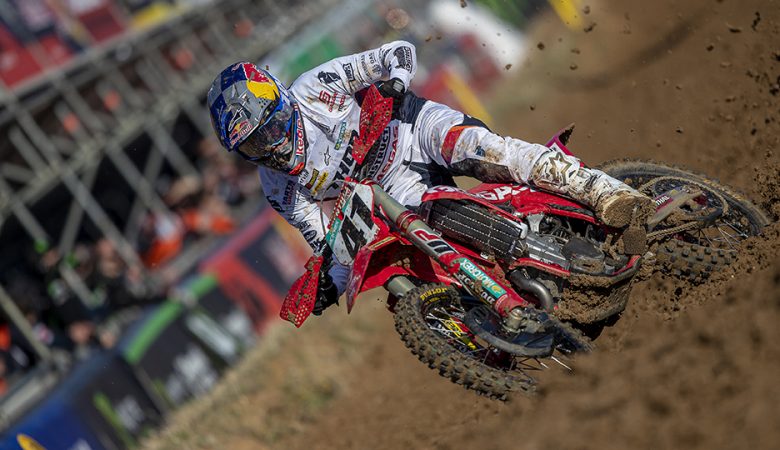 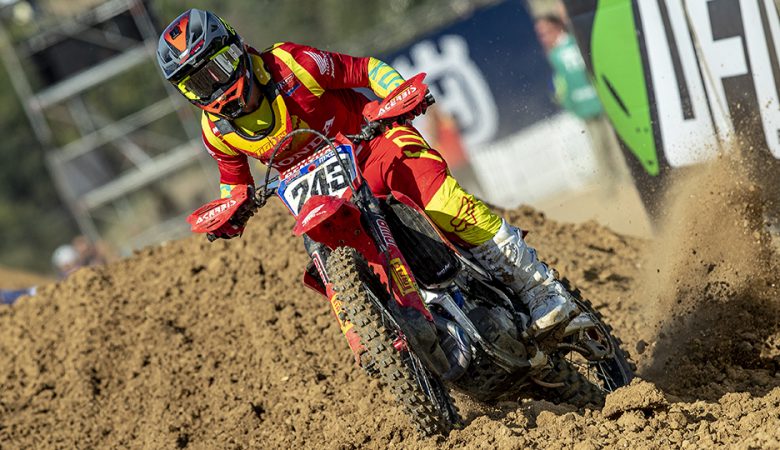 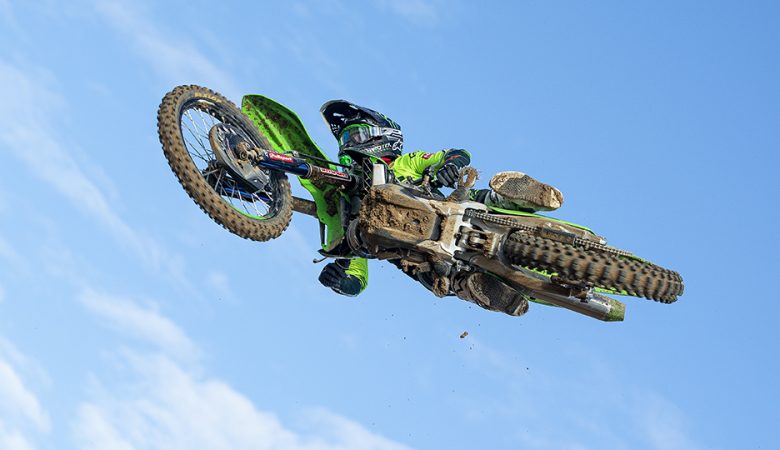