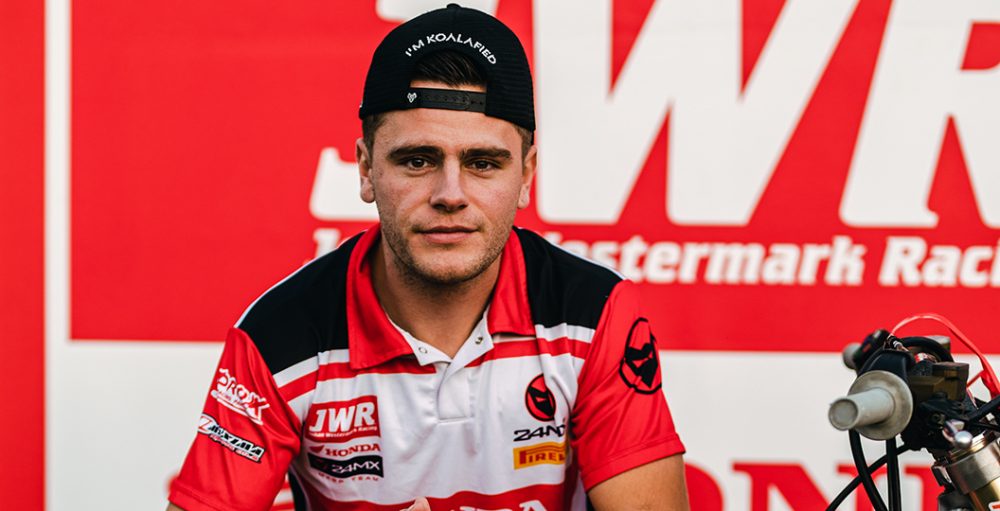 Another poignant move in the game that is silly season. JWR Honda Racing has confirmed that Davy Pootjes will lead their team into the 2022 FIM Motocross World Championship. Pootjes, who has suffered horrific injuries over the last couple of seasons, has exceeded the age limit in the MX2 class, hence his move into the premier division. Although injuries ruined a lot of his 250F career, he did secure a podium at the Grand Prix of Lombardia.

JWR Honda Racing tackled the 2021 FIM Motocross World Championship with two riders, Vsevolod Brylyakov and Miro Sihvonen. Brylyakov was thirty-first in the final premier class standings and Sihvonen, who suffered countless injuries, did not secure any points across the eighteen rounds. JWR will run three riders next year – it remains to be seen if either Brylyakov or Sihvonen will be retained. Official communication from the JWR Honda Racing team is available below.

First man out. JWR Honda Racing is proud to announce the first rider for 2022 – it is the talented Davy Pootjes who will pilot the JWR Honda machine in the 2022 MXGP series. The Dutch rider showed amazing speed when riding for KTM in the MX2 class and will be a great asset to the team and is setting the tone for our ambition in the future. Davy has had the last two seasons ruined by injuries but is eager and motivated to come back to the level he had in MX2. JWR Honda Racing is ecstatic to have Davy on the team we are looking forward to going racing 2022 with him.

To have a rider like Davy on the team will make us work harder and we will give him all our attention to succeed in the MXGP series. It is natural for us as a team to take the next step – he has a lot of knowledge from the highest level of racing and is a good fit where we are right now in building the future JWR Honda Racing team. The plan is the MXGP season – plus warm-up races like Hawkstone Park and some rounds of the Swedish Championship during the year – he is in for a lot of racing on his new Honda! We are building a strong team for the future and want to work with speed and in Davy we see speed. We are going racing in 2022 with three riders, so Davy is the first one we present and then we will present the next one in December.

Davy Pootjes: “I’m really happy to get the opportunity to race for a MXGP team like JWR Honda Racing. The new Honda looks great and after my first test ride, I was so impressed and want to go racing right away. I am really looking forward to start working with the complete JWR Honda Racing team. I know I will be working with very motivated people who love the sport. I cannot wait to get going! I’m so thankful to get this opportunity, to ride the MXGP series on this bike and that Johan Westermark believes in me.”

Johan Westermark (JWR Honda Racing Team Owner): “We are happy to have Davy on the team. We want a rider that knows what it takes and has speed. Davy has shown speed, so he was on the shortlist of riders that we wanted on the team. He is talented, works hard and gives his best. He showed very good speed in MX2 before. If you have been fighting for top positions then you have it – we want to work with speed. He has a never give up attitude and that is what we want from a rider on JWR. It is about having a big heart and we see that in him.”

Patrik Erlandsson (Marketing Co-Ordinator): “This rider is perfect for the team! Davy will be great for us to work with, a talented rider who knows what he wants. We will focus a lot of social media presence and event activities to support him during the championship. JWR will release a groundbreaking new media strategy for 2022 that Davy will play a big role in. I would also like to thank our loyal sponsors who will support us again in 2022 and make things possible for the team and our riders!”