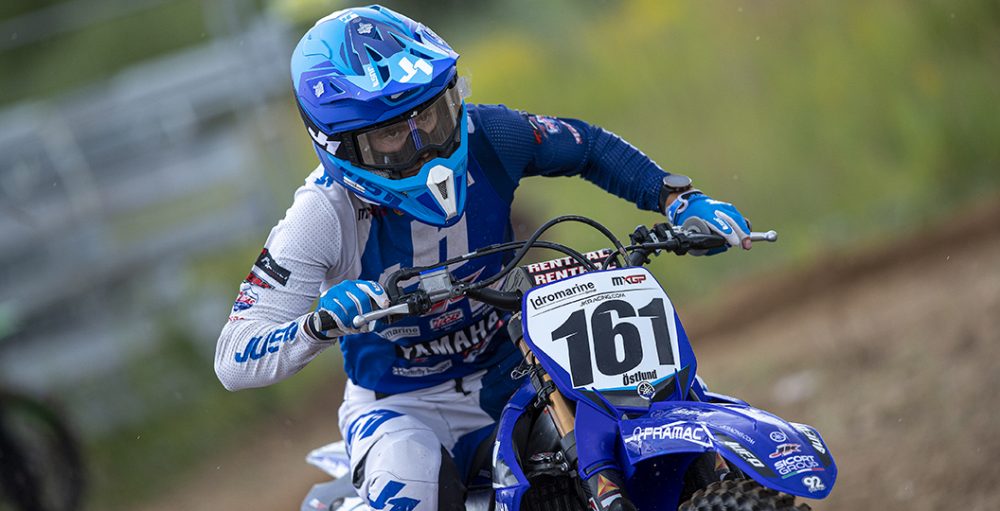 Unsurprisingly, JK Racing Yamaha’s confirmed that Alvin Ostlund will return to the team to compete in the 2022 FIM Motocross World Championship. Ostlund made his debut aboard the YZ450F this year and was impressive, until a concussion at the Motocross of Nations caused his rookie term to come to a premature end. There were attempts for him to return for the Italian stops of the 2021 FIM Motocross World Championship, but his head was not ready.

A 14-14 scorecard at the opening round in Russia caused Ostlund to leap onto the radar, then he backed that up with some impressive finishes at the rounds that followed. A thirteenth in moto one at the Grand Prix of Italy was a season-best finish – he was thirteenth in the overall classification at that event too. Bizarrely, he struggled to hit that level again as the year progressed. ‘161’ finished higher than twentieth just once in August and September. JK Racing Yamaha announced the signing with the following statement.

“We are super happy to confirm that @AlvinOstlund161 will also stay with the team in 2022. New challenges and goals competing in the MXGP World Championship and MX1 Italian Championship. Let’s put some work in.”

There is currently no word on who will partner Ostlund at JK Racing Yamaha. Gerard Congost piloted a YZ250F for the team this year, but amassed just seven points across the eighteen-round series. An eighteenth in a moto was a season-best finish for him.