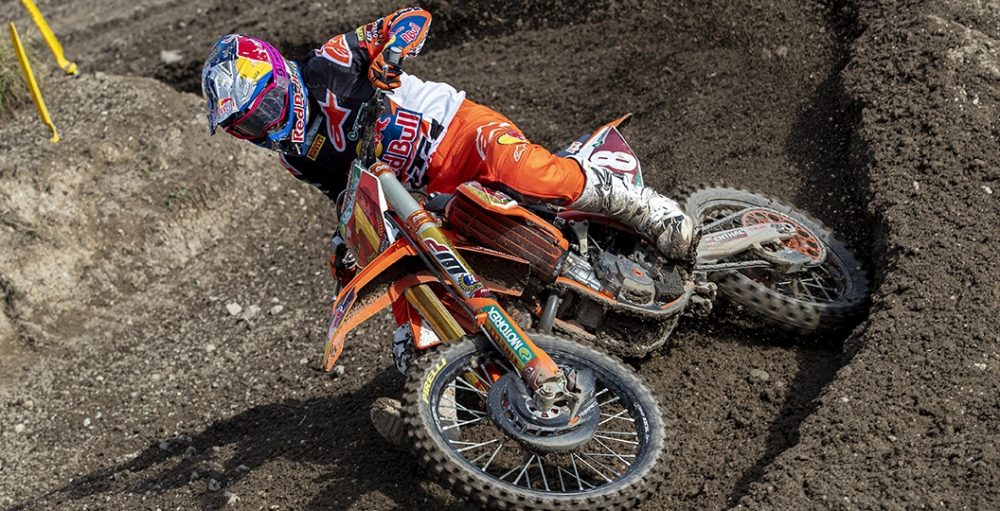 Infront Moto Racing released the first calendar for the 2021 FIM Motocross World Championship moments ago, with a rather surprising first round. The full calendar is below.

The 2021 season will begin later than usual; the plan is now to kick things off at the beginning of April, in order to give time for the pandemic to ease and for the teams and riders to carry out the testing and preparations that are needed for another intense season of racing. The aim is to keep the calendar with the usual format, though this will be adapted, if needed, to the evolution of the COVID-19 pandemic.

The 2021 racing calendar will feature 20 races and will introduce four brand-new venues. The MXGP of Oman at the Muscat circuit, the MXGP of The Netherlands at Oss, the MXGP of Finland at the Itti-KymiRing (already presented to feature in the 2020 calendar but then postponed to 2021) and the MXGP of Igora Drive in Russia.

Additionally, the FIM Motocross World Championship will also be returning to some of the favourite venues like Agueda, Teutschenthal, Orlyonok, Kegums, Jakarta, Semarang, Loket, Lommel, Uddevalla, Afyonkarahisar, St Jean d’Angely, into Xanadu-Arroyomolinos and Neuquen in Patagonia-Argentina.

The season will begin on April 03 2021 with the MXGP of Oman, before heading back to Europe for the MXGP of Italy and then followed by the MXGP of Portugal, Netherlands, Germany, Russia and Latvia. The series will head to Asia for two rounds in Indonesia, before returning to Czech Republic, Belgium, Sweden and Finland. Towards the end of August MXGP will return to Russia for the MXGP of Igora Drive followed by Turkey, China, France, Spain and ending at the beautiful Patagonia Argentina.

Of course, after a year break, 2021 will also see the awaited return of the worldwide best off-road event, the Monster Energy FIM Motocross of Nations, which will head to Imola, Italy on September 26.