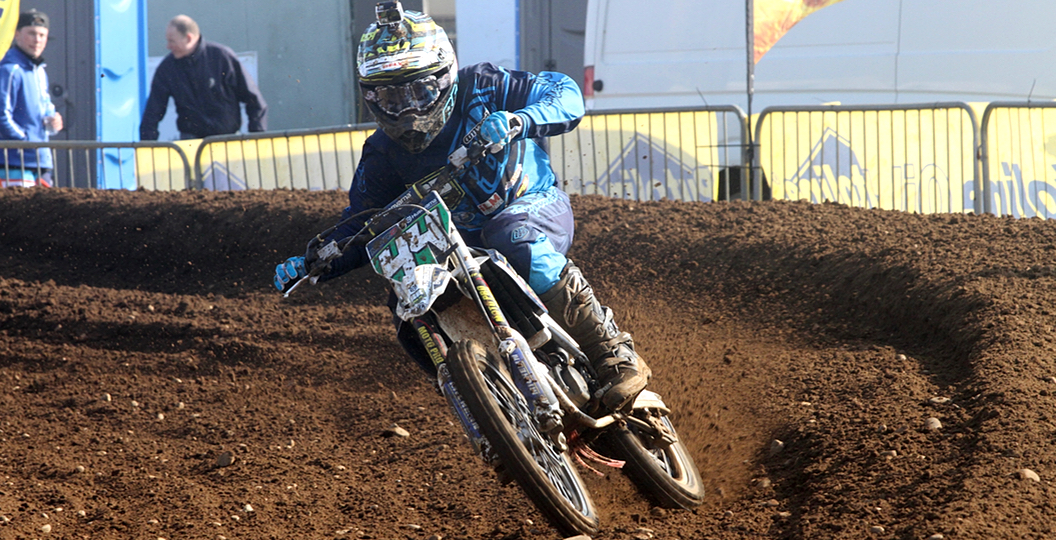 The Pirelli British Masters kicked into action not too long ago at the soft sandy circuit of Culham. The first round of any championship is always exciting, with riders progressing to different classes and another opportunity for the pros to get some competitive racing under their belts.

There are so many questions being answered when entering a new season. How fast will a rider be? How will they fair on a bigger bike? How well have the competitors adapted over the winter? Below we give you the lowdown on what took place at the Oxfordshire based circuit.

Starting with the 65s, it was young Alfie Jones who was the man to beat – he took a clean sweep of all three races and the championship lead entering round two. Behind Alfie, the rest of the group battled it out for the remaining podium spots. Ben Pratt, with two second place finishes and a third, would take second overall. Billy Moriarty, Kayde Rayns, Keelan Hope and Ari Elcock had some great battles, the best being in race two when places from third through to sixth were separated by just six seconds.

After a strong weekend at the MX Nationals, Bobby Bruce would dominate the SW85 class winning all three races. Dylan Woodhall was arguably the closest guy to Bobby, but a mistake in race two cost him valuable points and he would only finish fifth overall with two second places and a sixteenth.

It was another dominant display in the BW85 class, as Dominic Lancett took all the race wins. In the second moto, however, he was pushed right to the wire as Sam Price crossed the line just eight tenths of a second behind. Misfortune in the first and last races cost him, unfortunately, as he would not score any points in those motos.

The screaming two-strokes in the 125 class had great racing at the front in every race. The closest of which being in the very first. Will Worden took the lead early on, but was under constant pressure from Jim Davies who would make the move on lap four. Worden wouldn’t let Davies get too far away though, but just couldn’t find a way back through and would cross the line less than a second behind. However, with two second places and two wins, Worden would have the last word as he took the overall just two points ahead of Davies.

The champion from the BW85 class in 2015 stepped up to the MXY2 class for this year and started his campaign in great fashion. Howard Wainwright won three of his four races and was only beaten by Callum Green in the second race. You would describe Green’s weekend as a rollercoaster ride with a good day on Saturday finishing fifth and a first, then Sunday was a struggle with a seventeenth.

The top three of the Amateur MX2 class would all take a race win at some point over the weekend, but it was Adam Wells, who won both the motos on the Saturday, who would take the most points from the weekend. After winning at the MX Nationals in the MXY2 class the previous weekend, Michael Ellis switched to the Amateur MX2 and had a strong weekend finishing second overall and grabbing a win in the final race of the weekend.

Last but not least it was consistency that prevailed in the Amateur MX1 class, as former British Championship rider Brad Cavill took a fourth and three second places to secure the overall. Double race winner Henry Siddiqui had a good weekend  and nearly took the overall but a fourteenth in the last race left him out of the running for the top two – he had to settle for third overall.

The series has a long break before round two on the fourteenth and fifteenth of May at the hard pack Gloucestershire track of Brookthorpe. We’ll see you there!