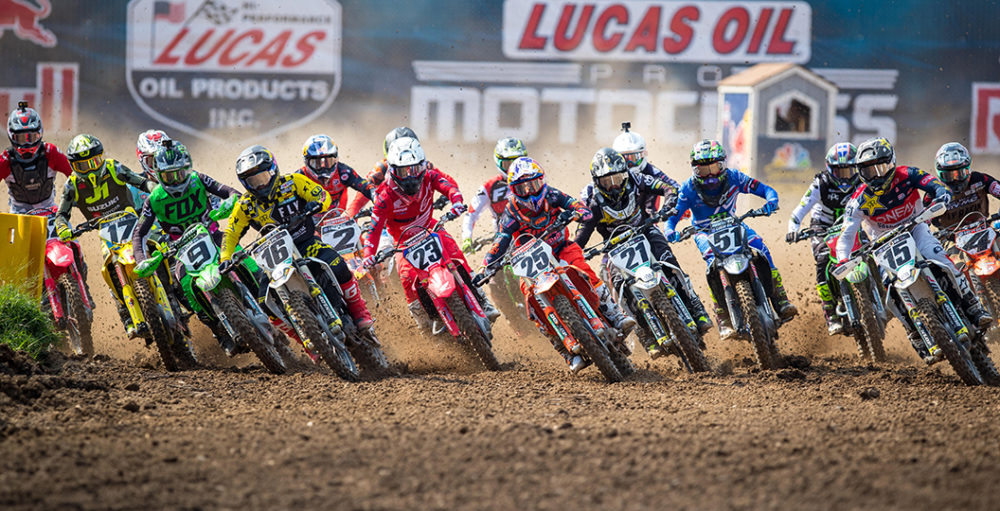 Interesting news from the folks at AMA Pro Racing in the United States, as Mike Pelletier has been named as the new director of racing. Information on the internal shuffle can be found in the official communication below.

PICKERINGTON, Ohio — The American Motorcyclist Association has promoted Mike Pelletier to director of racing from his role as AMA Supercross manager, effective immediately.

In his new role, Pelletier will manage the AMA’s domestic amateur and professional competition operations, and will continue to oversee the AMA’s responsibilities for the AMA Supercross Championship.

Pelletier grew up racing motocross and held professional licenses from 2011 to 2015 in the United States and Canada. He graduated from New Hampshire’s Plymouth State University with a bachelor’s in business administration.

“Mike has proven his abilities as a leader and collaborator as the AMA Supercross manager for the past three years, highlighted by his composed and determined focus to help see the championship through arguably its most challenging season in 2020,” said AMA President and CEO Rob Dingman. “In addition to a deep understanding of sporting operations, Mike has the intangible qualities that make him the right person for this job, notably a steady demeanor and a lifelong appreciation for competition’s role in motorcycling in America.”

Pelletier said he is looking forward to the challenge of directing the department, particularly during an unprecedented time for the sport, with sweeping schedule changes and cancellations in response to the COVID-19 pandemic.

“In 2020, the racing community is demonstrating its flexibility, ingenuity and ability to work together to overcome obstacles,” Pelletier said. “Racers, promoters, clubs, our operational support crew, fans and the AMA have all become smarter and more adaptable in the wake of the pandemic. I’m excited to be part of efforts to leverage these qualities and skills to take our sport to new heights in the years to come.”

In addition to amateur and professional operations, Pelletier will be responsible for AMA Competition Commissions and their role in the maintenance and development of the AMA Amateur Competition Rulebook.

Bill Cumbow, who was the acting director of racing, is now the director of international competition, transitioning from his previous role as director of road racing relations. Working closely with Pelletier, Cumbow will manage all of the AMA’s activity in events sanctioned by the Fédération Internationale de Motocyclisme and FIM North America.

Cumbow will continue his responsibilities for MotoAmerica, home of the AMA Superbike Championship and the FIM North America Road Racing Championship.

“Bill has an understanding and perspective of motorcycle racing and the AMA’s historic role in the sport that few others have achieved,” Dingman said. “We value Bill’s continued role in AMA operations, and, in addition to managing our FIM-sanctioned international activity, he will continue to be an asset to Mike and our domestic partners as we grow motorcycle racing in America.”

Both Cumbow and Pelletier will report through Chief Operating Officer James Holter and work directly with Dingman to manage the AMA’s competition- and FIM-related activity.