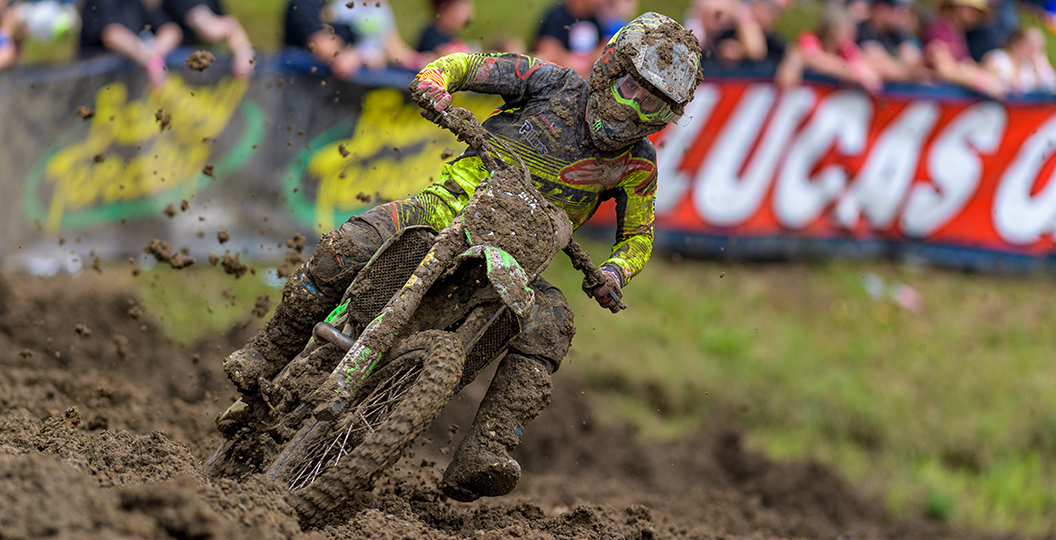 Team Canada named a fairly strong squad for the Motocross of Nations back in July. Colton Facciotti (MXGP), Jess Pettis (MX2) and Kaven Benoit (Open) were set to travel to RedBud with the goal of putting Canada inside of the top ten. A change has been made, however, as Benoit sustained an injury in Montreal on Saturday night.

Tyler Medaglia, who finished sixth overall at the final round of Lucas Oil Pro Motocross, has been draft in as a replacement. “This entire process is not easy,” Kourtney Lloyd, the team manager, said in a statement. “I was in attendance and watched Kaven in front of the Montreal SX fans get injured. In 2018, Kaven was soldiering through after an injury that slowed his chase to the start the year, he recovered and earned this spot for Team Canada but his injury sustained at Montreal SX will force him to the sidelines. Without a doubt, Tyler Medaglia is the next best selection to represent our country.”

“I’m pretty excited for RedBud, I am not going to lie,” Medaglia said in the same statement. “My team and I have worked hard this year to get myself and my KX 450 to another level. Most people recognise that this is one of the best tracks on the planet and the perfect opportunity for us Canadians to shine being so close to home. I have raced this track in the past and the soil is very similar to the tracks where I most excel. It is a bummer that Kaven got injured, because when he is on his speed is world class. I wish him a speedy recovery. Luckily for team Canada at the moment we have a list of great talent that would all throw down at this race. I will give my one hundred and ten percent effort every time I hit the track to ultimately help Team Canada reach the goal of beating our current record at this event.”