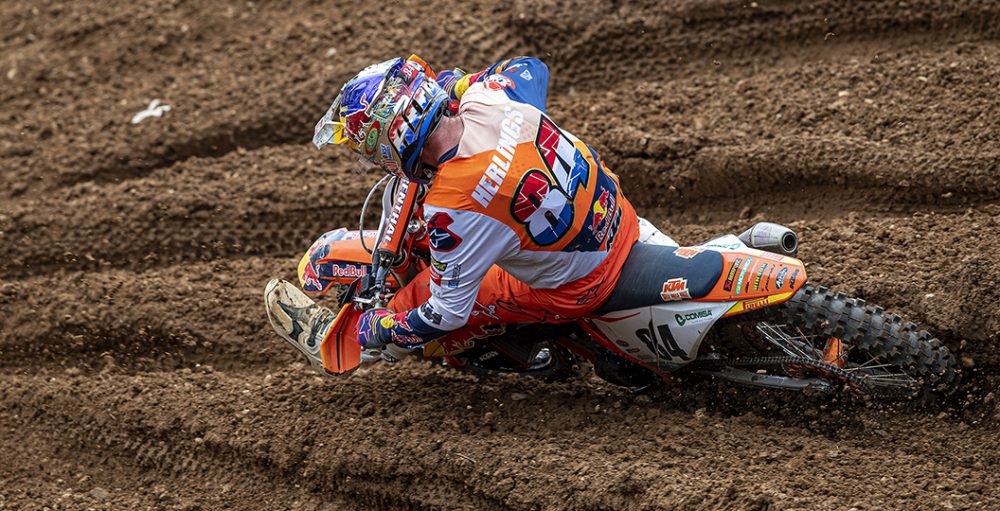 It feels so foreign to be talking about the Motocross of Nations when the FIM Motocross World Championship is just three rounds deep, but that is the situation that the pandemic has put us all in! The Netherlands, who last won the MXoN in 2019, just named their three-rider team that is going to consist of Jeffrey Herlings, Roan van de Moosdijk, and Glenn Coldenhoff. A very strong team, on paper at least.

It has not yet been confirmed how the Motocross of Nations will work, as there are rumours floating around that the event could count for Grand Prix points. That would mean that the format would have to be altered and thus class allocation may be irrelevant. For that reason, it has not been decided whether Herlings or Coldenhoff will lead the squad with the number-one plate. Coldenhoff has swept the last four MXoN motos, whereas Herlings is the greatest rider that The Netherlands has ever had.

Moosdijk will be a rookie at the Motocross of Nations, as he got pipped to the post by Calvin Vlaanderen ahead of the previous edition of the event. There is no doubt that he is now the best 250F rider in The Netherlands though – it is tough to think of an alternative MX2 rider for the squad. Vlaanderen is more than capable of filling one of the 450F seats, should a replacement be needed due to injury. It is rather tough to identify a weakness in the Dutch squad!

The 2021 Motocross of Nations is currently scheduled to take place in Mantova, Italy, on September 26. No other teams have been announced.