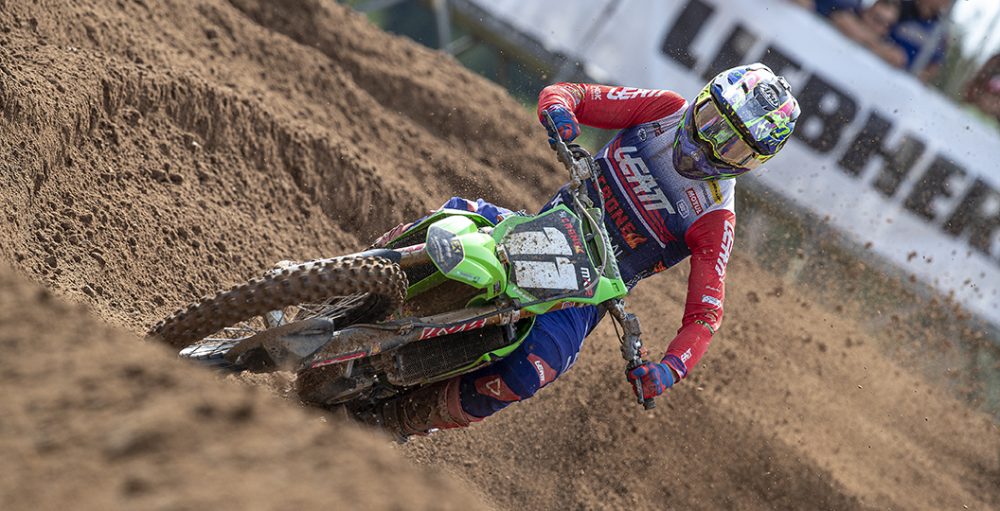 Who’d have thought Team Denmark would become such a strong force at the Motocross of Nations? The Danish federation has named a very strong team for the event that consists of Thomas Kjer Olsen (MXGP), Mikkel Haarup (MX2) and Bastian Boegh Damm (Open). Denmark finished tenth at the 2019 Motocross of Nations, and that was without Mikkel Haarup. It’s realistic that they could push the top six with three healthy riders.

Thomas Kjer Olsen is racing in the premier class in the FIM Motocross World Championship for the first time. It has been a very turbulent rookie season for the Rockstar Energy Husqvarna Factory Racing rider, as he has only finished in the top ten in four of the 14 motos that have been run thus far. Mikkel Haarup, of F&H Kawasaki Racing Team MX2, has had his own consistency issues, but has found his stride as of late and posted a season-best finish of seventh at the recent Grand Prix of Latvia.

Bastian Boegh Damm, the lesser known of the three, typically races in the MX2 division. Sand is certainly his strong point, which bodes well for the Italian circuit of Mantova. Damm currently sits eighteenth in the MX2 series standings. The 2021 Motocross of Nations will be run on September 25/26, the weekend between rounds ten and eleven of the 2021 FIM Motocross World Championship.