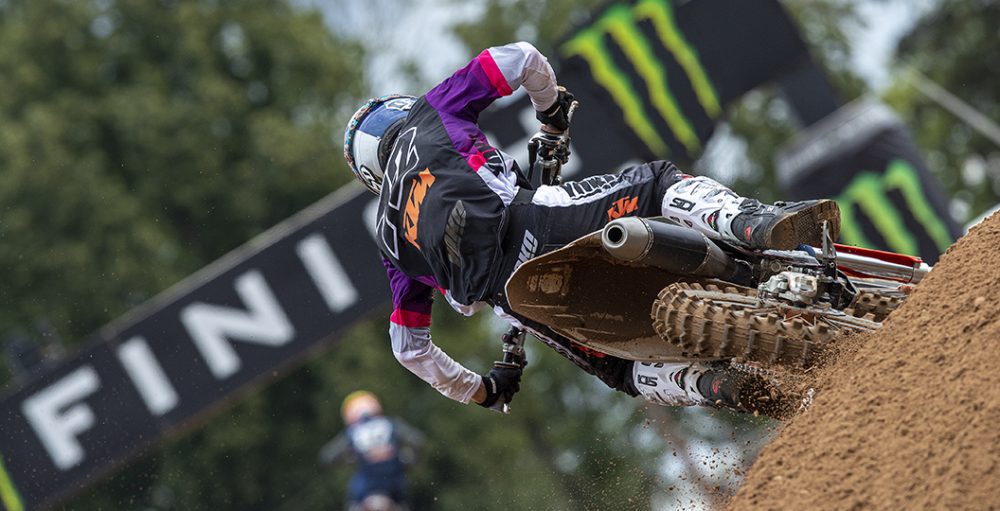 In a fairly surprising turn of events, Team Belgium has just been named for the 2021 Motocross of Nations. Jeremy Van Horebeek (MXGP), Liam Everts (MX2) and Brent Van Doninck (Open) will represent Team Belgium at Mantova on September 25/26. The event takes place on the weekend between rounds ten and eleven of the 2021 FIM Motocross World Championship.

Van Horebeek and Van Doninck were obvious picks for the 450F slots, although Kevin Strijbos’ name could have been thrown into the ring. Jago Geerts would have been the obvious pick for the MX2 class, seeing as he sits in third in the Grand Prix series, but he has vetoed the event in an effort to focus on his priority of becoming a world champion. Liam Everts will step up from EMX250 to represent his nation.