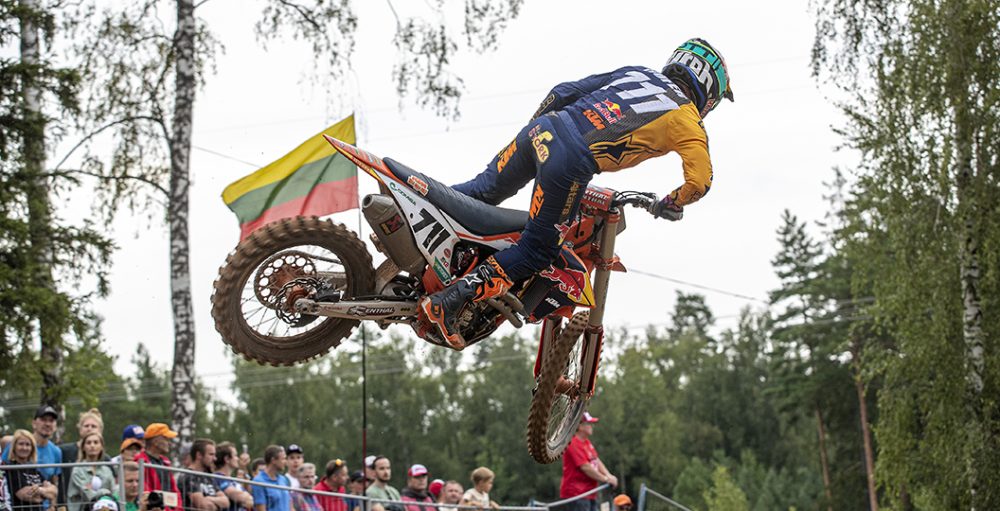 Austria has made a change to their Motocross of Nations team; Lukas Neurauter has bowed out and been replaced by Marcel Stauffer. Stauffer will race in the Open class, alongside Michael Sandner (MXGP) and Rene Hofer (MX2).

Reaching the end of August means that a flurry of Motocross of Nations announcements begin to filter through. Team Austria was confirmed at a round of their national championship today – Lukas Neurauter, Rene Hofer and Michael Sandner will represent the nation at Mantova on September 25/26. Although that trio may not jump off of the page immediately, it is a rather solid squad. It has not yet been confirmed who will ride in which class.

Red Bull KTM Factory Racing’s Rene Hofer will ride in MX2 and is the team’s greatest hope of a strong individual result. Hofer made his full-time debut in the FIM Motocross World Championship last term and has been close to the overall podium on occasion – he is sat in ninth in the championship standings at the time of writing. Michael Sandner is another recognisable name to those who follow the Grand Prix series, as he has pushed into the top ten in occasion. Twelve points have been scored by him in the MX2 class thus far this year.

Team Austria finished seventeenth at the 2019 Motocross of Nations with the exact same trio. Hofer, who raced at the event for the first time that season, had the best result for the squad, as he finished twelfth in the opening moto. Austria last appeared in the top ten at the 2015 Motocross of Nations; Neurauter raced for his nation that year too. It would not be too much of a shock to see them break back into the top ten at Mantova, especially with a handful of stars opting to watch from the sidelines.