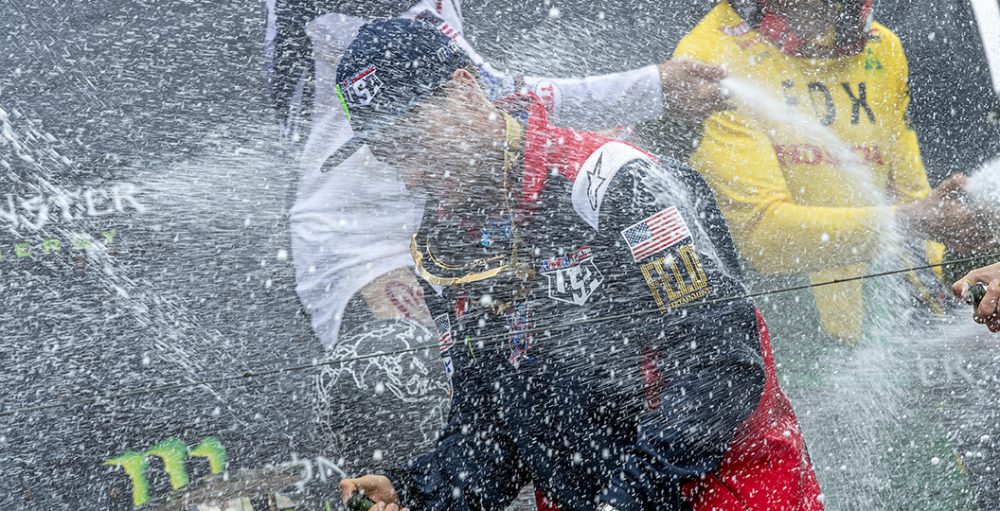 Justin Cooper’s sensational performance for Team USA emphatically vindicated the decision to pick him for the Motocross of Nations over Christian Craig.

Riding with composure, skill and precision, he was an integral component towards America claiming their first MXoN title since 2011 on his way to winning the MX2 class with 9-4 moto scores.

With so much talk about whether he deserved the 250 berth heading into the event, the pressure was certainly on Cooper to deliver. And, to his credit, he rose to the occasion impressively on the big stage, more than pulling his weight alongside superstar teammates Eli Tomac and Chase Sexton.

Looking comfortable in the familiar surroundings of RedBud, there was much to admire about how he handled the tricky, wet conditions that threw up plenty of challenges throughout. Defeating the likes of Hunter Lawrence, Marvin Musquin, Simon Laengenfelder, Liam Everts and Kay de Wolf to secure the MX2 overall underlined what a terrific day at the office he enjoyed.

Having impressed at his first MXoN outing in Assen in 2019, where he strikingly won his qualifying race before suffering a hand injury when colliding with teammate Jason Anderson that ruined his day in race one, his ability to valiantly ride through the pain for his country did, however, earn him the respect and admiration of his peers despite the team’s results being unsatisfactory.

When reflecting back on this adventure, it’s clear how much he learned from this experience. “I definitely took a lot away from Assen, both good and bad. It was an up-and-down weekend,” he recalled in the pre-race press conference.

“With it being my first time at the ‘Nations, I learnt from everything that I encountered there. I am looking to take that experience into this weekend and start on the right foot tomorrow. It is going to be one of the biggest races, yeah, and it is in the USA, so we are going to have a lot of the fans behind us. We are going to try and keep our focus on the track and the task at hand.”

Producing one of the rides of the day and holding his own against the more powerful 450s and the stacked field on show, the Monster Energy Yamaha Star Racing man justifiably cut a delighted figure afterwards. “I had a lot of pressure this weekend. First, with the race being here in the US and then with how it went for me in 2019 was weighing on my mind. It was quite a stressful day, but I really had to focus,” he asserted in the Yamaha press release.

“Today, I just did my best to hang with these 450 guys. Overall, it was a fun day, and the rain made it really tough to ride. After the result in the first race, I did my best to get off the gate good in the second race and get closer to the top five, which was something I was able to accomplish. It put our team in a good position, and I hoped it would take the weight off my teammates going into the final race, which it did. Everything went to plan, so I am super pumped. I’ve just got to give it up to the team and my teammates.”

Having finally broken their winless streak and done so in scintillating style on home turf, Cooper and co. deserve all the praise that comes their way in what was a historic and unforgettable 2022 MXoN for Team USA.