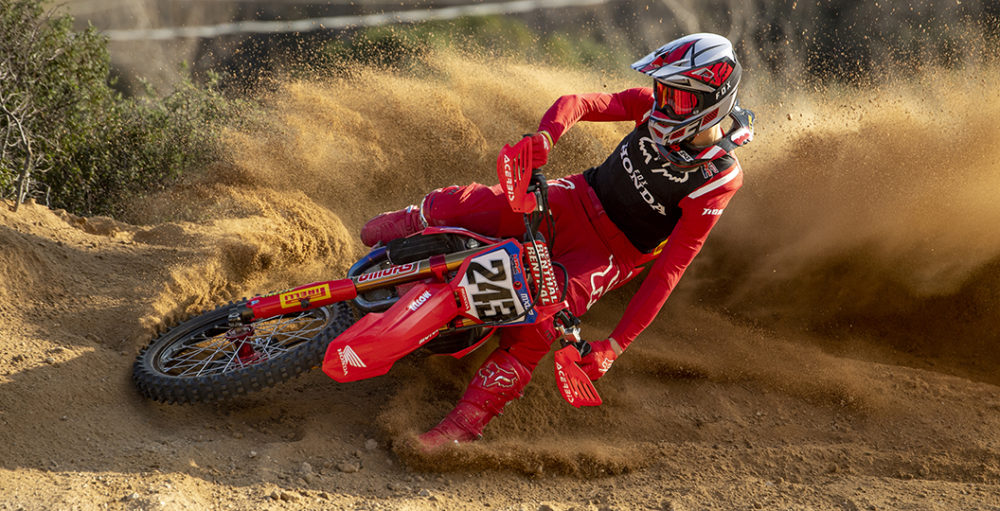 Monster Energy Supercross introduced power rankings – a feature that has been implemented in a majority of mainstream sports – earlier this year and they proved to be a great talking point. Now is the time to pull some of those exciting little features into the FIM Motocross World Championship and make the return of the Grand Prix series as big a deal as it deserves to be. Before moving into the rankings though, please read the disclaimer below.

Disclaimer: Power rankings are not predictions for the next Grand Prix, nor do these reflect how the author feels the final championship standings will play out. Instead they are just a look at who has the most going for them at the moment. The recent race results are taken into account when assembling the list, sure, but so is the way that a rider actually rode. This is simply a bench-racing exercise and an opportunity to get the world talking about MXGP. Got that? Keep the anger at a minimum.

Jeffrey Herlings: I am all for moving riders around in the power rankings, but it would take a lot for a series leader to drop from the top position. There needs to be an element of respect for that. Injuries and dips in form can change that very quickly though, and that almost happened with Jeffrey Herlings. Herlings had a minor concussion a little over a month ago now, but the pre-season event at Axel over the weekend proved that he is just fine. Kegums is obviously going to suit him as well, so you just have to place him down as the favourite until someone else proves otherwise. That is not to say that Tim Gajser will not be close over the next week though, because I think that he will be closer than anyone thinks…

Tim Gajser: Tim Gajser has been spoken about the most since the first two Grand Prix rounds, just because his speed did shock a lot of pundits (especially at the second race in NL). A lot of people are concerned that the schedule does not favour him in the slightest, but I do not think that it is as bad as the pessimists make it seem. The Lommel triple header is going to be tough, sure, but he has a better history in Latvia than most give him credit for. The fact that he won the premier division at Kegums in 2016 and 2019 should be enough to give the Gajser fans confidence, right? Even if he does not win a single moto over the three-event stretch, which I do not think will happen, he should be able to stay close enough to be in a position to battle for the red plate at Afyonkarahisar and Faenza.

Antonio Cairoli: It is hard to slot Antonio Cairoli into these rankings, seeing as he has not raced since March and there is no way to get a definitive answer on how much stronger he is now that his shoulder and knee have had a chance to heal. The fact remains that he was not too far behind the top two at the beginning of the season, so should be more in the mix now. Kegums is a circuit that should suit him on paper – success has been found there before too – but he has not won there since 2013! It has been quite a while. It would still be a surprise if he is not on the box at all over the Latvia triple header. It is Antonio Cairoli, yet he is an underdog at this point. Who would have thought that would ever be said?

Romain Febvre: There was absolutely no one talking about Romain Febvre after those first two Grand Prix rounds. There was no reason to – his fight for the premier-class title ended before it had even started. The hype has been building quite rapidly since the pre-season events started in The Netherlands though, as he has won more motos than anyone else at those races. Are we about to see the Febvre of 2016? It is actually no secret that he struggled with set-up at Monster Energy Yamaha Factory Racing from 2017 on, so perhaps the speed that he had prior to that season is still buried in there somewhere? That is an exciting prospect to ponder – he was that good. Expectations are so low for Febvre, but those Dutch races prove that he has to be place above those riders below. Will he stay in this spot? Meh.

Jeremy Seewer: Jeremy Seewer is so much better than anyone gives him credit for. The fact that he finished second in the points last year was the result of some guys getting injured, sure, but he has seemingly taken another step up in 2020. Who actually remembers that he finished second in moto one at Matterley Basin? That was enough proof that he has stepped up, but understandably such a small sample size has not forced many fans to take notice. I think that a couple of performances like that over in Latvia – a track that he has shown speed on in the past – will change the perception of him completely though. Good things are coming from him. The only rider below him in these rankings who could end up beating him consistently is Jorge Prado, in my opinion, but that probably will not happen for a little while.

Jorge Prado: Jorge Prado is going to be a lot higher up in these rankings soon enough, but first he needs to get back to full fitness. Prado was rather honest in a recent MX Vice interview and made it abundantly clear that he needs more bike time, yet there is no denying the fact that he is in a better position than he was at the start of the year when he had just a week on the 450F. Prado was still fourth in a moto at Valkenswaard, so where is going to be during the Latvian stint? How about when he hits his peak on the bigger bike? There is just so much to think about here and it truly is an exciting prospect. Plenty has been said about the Jeffrey Herlings and Tim Gajser battle, but it may not be long before another name gets added to that.

Glenn Coldenhoff: Glenn Coldenhoff is a great rider and could land up on the podium at any point in Latvia. Would it be possible to just back that hype down though? Coldenhoff has won four Grands Prix in his career (one of those being in Latvia) and that is it. To start screaming about how he is going to fight for the title is a bit out of reach at this point. There needs to be proof of him actually winning races right in the middle of the season before those claims can be taken seriously, hence why he sits in this spot on the power rankings. That is not to say that he will not be a contender for a spot on the podium though – he could leapfrog those three riders above on any given weekend. Just call a spade a spade, yeah? That is all.

Arminas Jasikonis: Arminas Jasikonis can be a contender for podium finishes at tracks like Kegums, just as he proved at Valkenswaard, but he does tend to blow hot and cold. It is difficult to just lock him in as a top-five finisher for this weekend, bearing that in mind. Thirteenth was his average starting position at the two Dutch races recently, and that was just a national event! Starts are a concern as well. The point is that there are still holes in his programme that must be addressed, even though he has the potential to achieve some impressive results in this August run. There are going to be some who are outraged by the fact that he has been put in eighth on this list, but just look at the guys above. Jasikonis is close though.

Clement Desalle: It will be intriguing to see what Clement Desalle has to offer when gates fall at the Grand Prix of Latvia, as no one even thinks about him. The fact that he was out for a majority of last year and has done no pre-season events does not exactly help with that nor does his lowkey personality. Desalle is fourth in the current standings though and eight down on Antonio Cairoli, which counts for something. The biggest question is whether the five guys above will leapfrog him when healthy and racing in dry conditions. Maybe that will not happen though, and he will prove that he is going to be right there no matter what? Time will tell. It would be interesting to know how many podiums everyone thinks he will get this year.

Gautier Paulin: Putting Gautier Paulin so far down in these power rankings is ridiculous, in all honesty, but it is just a reflection of how deep this class is. There will be points where riders like Paulin are struggling to hit the top ten, but just because there are so many riders on a similar level. All of the stars listed in this feature will land on the podium throughout this term, as will riders like Mitchell Evans (recently underwent shoulder reconstruction) and Pauls Jonass (out injured). It is tricky to envision anyone being too consistent, which means that those who do pull it off should be applauded. What about those who have the odd round where they drop out of the top ten? Well, it is important to keep it all in perspective at that point too.