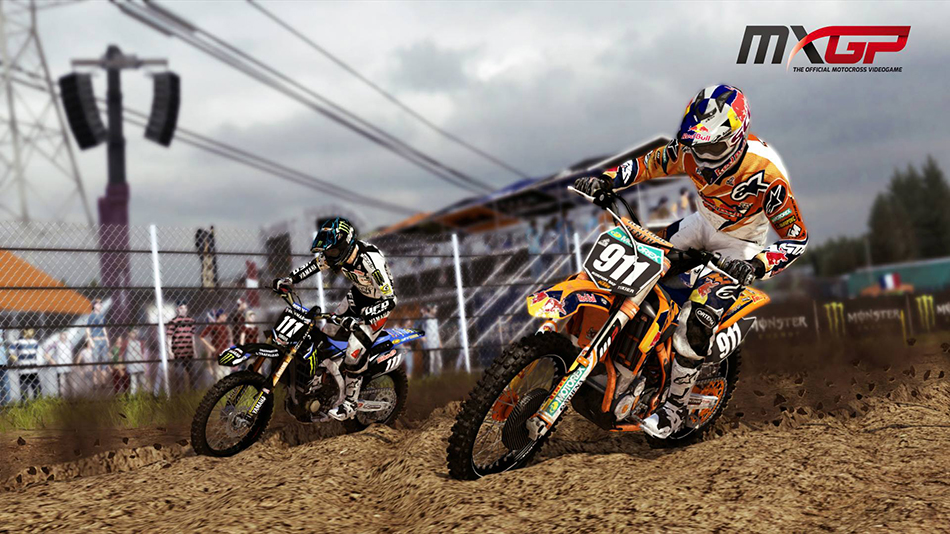 PQube, Letchworth (12th March 2014) PQube are pleased to announce the pre-order bonus for MXGP – The Official Motocross Videogame. The only game based on the official FIM Motocross World Championship – for PlayStation®3, PlayStation®Vita, Xbox 360® video game and entertainment systems from Microsoft and Windows PC® – and developed by Milestone  Italian studios.

Fans who pre-order MXGP from GAME in the UK will receive an exclusive limited edition book – detailing the tracks in the game, as well as giving a sneak peek behind the scenes for the game’s development – detailing the lengths that developers Milestone have gone to, to ensure it’s the most authentic representation of motocross ever seen in a videogame.

MXGP – The Official Motocross Videogame represents a huge leap forward for motocross videogames – striving to achieve the maximum level of authenticity and features that MX fans have been waiting for.

The Limited Edition MXGP Book is exclusive to GAME and is available by pre-ordering here:

MXGP – The Official Motocross Videogame developed by Milestone Studio for PlayStation®3, PlayStation®Vita, Xbox 360® and Windows PC®,  is out on Friday the 28th of March 2014

Founded in Milan in 1996, Milestone S.r.l. is the biggest Italian videogames developer and it is recognized worldwide as a leading Studio specialized in racing titles. The company is unique in the Italian scenario thanks to an obsessive desire for quality combined with an elaborate attention to detail which have always been the trademarks and philosophy of the company. SBK® Superbike World Championship series, MotoGP™, MXGP – The Official Motocross Videogame and the official game of the FIA World Rally Championship represent two clear examples.  For more information please visit www.milestone.it.

About PQube:
PQube is a publisher, distributor and service provider for the interactive entertainment industry with a global reach from its UK offices in Letchworth and Doncaster and European network. Publishing and distributing games, consoles and accessories and covering all major formats and digital channels, PQube has established a track record of success and together with its key partners handles several major franchises in the UK and European markets including BlazBlue, History: Great Battles, Arcana Heart, MX Mud, SBK, CrashTime, Persona 4 Arena as well as Sega, Sonic, Steet Fighter and Atari retro console ranges. Through its services division PQube offers business development, marketing and PR services together with a range of support services including web design, e-commerce, production, and fulfilment solutions.

Windows, Xbox, Xbox 360, and Xbox LIVE are either registered trademarks or trademarks of the Microsoft group of companies.  They should be listed alphabetically.