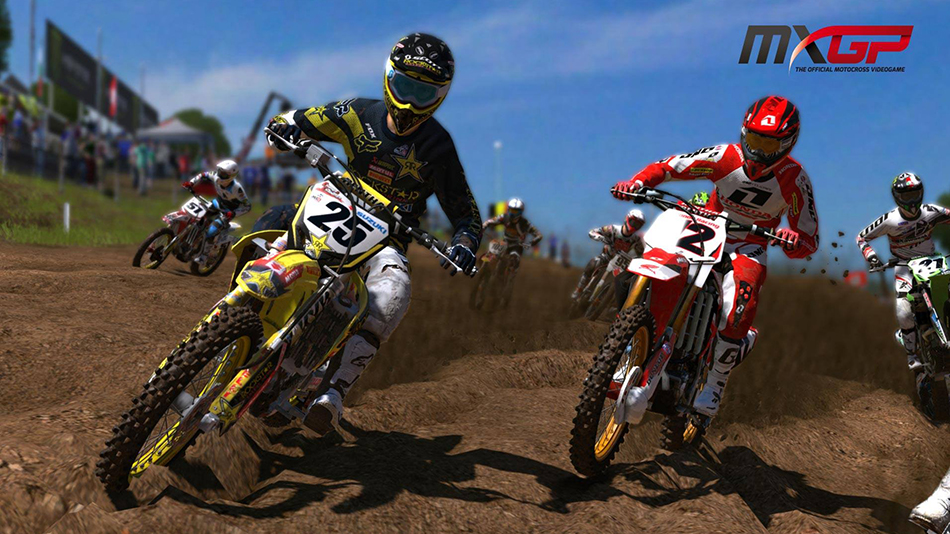 FUNCHAL (Portugal), 20 March 2014 – The Official Demo Version Release and the official STEAM PRE-ORDER Opening of MXGP – The Official Motocross Videogame has been announced by Milestone.

On 20th March the Official Demo version of MXGP will be released on STEAM, with the following content.Available tracks: Great Britain – Matterley Basin. Riders: Antonio Cairoli, Clément Desalle and Gautier Paulin. Quick Race: a double race, with no qualification and custom difficulty setting. Players can also have a sneak-peek at the menus and the tutorials. The release date of the home console version of the Demo will be announced later on.

Starting from tomorrow, March 21st 2014, clicking on http://store.steampowered.com/app/256370/ you will have the chance to pre-order the Windows PC® Digital Version of MXGP.

But Milestone has some other interesting news! Those who pre-order the game will have access, starting from March 24th, to a special offer:  MotoGP™13 (Windows PC® Digital Version) with -70% off for 11,99 €. MotoGP™13 is the official videogame of one of the most famous brands in sports. The gameMotoGP™13 includes all the tracks and riders of the 2013 MotoGP™ season (Moto2™ and Moto3™).MotoGP™13’s remains loyal to the spirit of MotoGP™ in all aspects of the game, from photorealistic graphics to TV style interface, including menus and sounds.

MXGP – The Official Motocross Videogame will feature all the riders, teams, bikes and rules from the official MXGP 2013 calendar including a redesigned career mode for living the feelings of Motocross.

Developed by Milestone Studio, one of the most recognized racing videogame developers and publishers for consoles and Windows® PC, MXGP, The Official Motocross Videogame will be available from 28thMarch 2014 for PlayStation®3, PlayStation®Vita, Xbox 360® and Windows PC®.