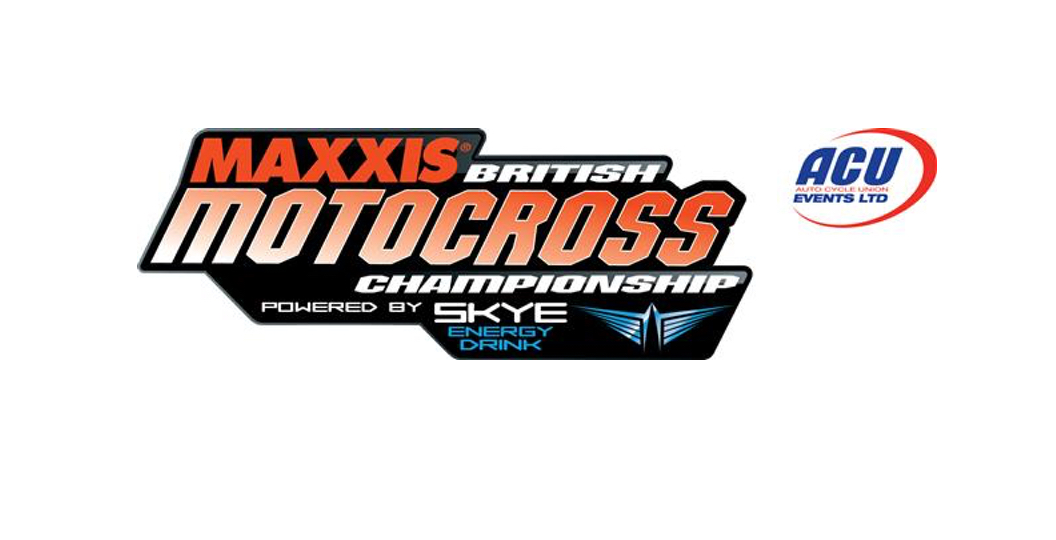 ACU Events are delighted to confirm that a partnership with a high profile energy drink company has been formed and the 2015 series will now be called the Maxxis ACU British Motocross Championship, powered by Skye Energy drinks.

The championship ran in 2014 without an energy drink partner, but for 2015 Skye will have a major presence at the events with trackside branding and much more. Skye is a relatively new company to the UK, but with the sales potential and enthusiasm shown by the company it is likely to be a high street brand name very shortly. Series Manager,
Brian Higgins commented, “With motocross being such a high energy sport we are very pleased to have formed a partnership with SKYE Energy drinks. Obviously, Maxxis will remain as the title sponsor, but with Skye on board giving ‘power’ to the series it aids all of our pre event publicity potential and with 2015 set to be even hotter in competition than before, so even the fans will need extra energy which Skye will be able to provide”

Skye Energy Drinks Director, Callie Brett added, “we are excited and happy to be a part of the 2015 Maxxis ACU British Motocross Championship Powered by Skye Energy Drinks, and we are looking forward to working together towards a successful 2015 season”