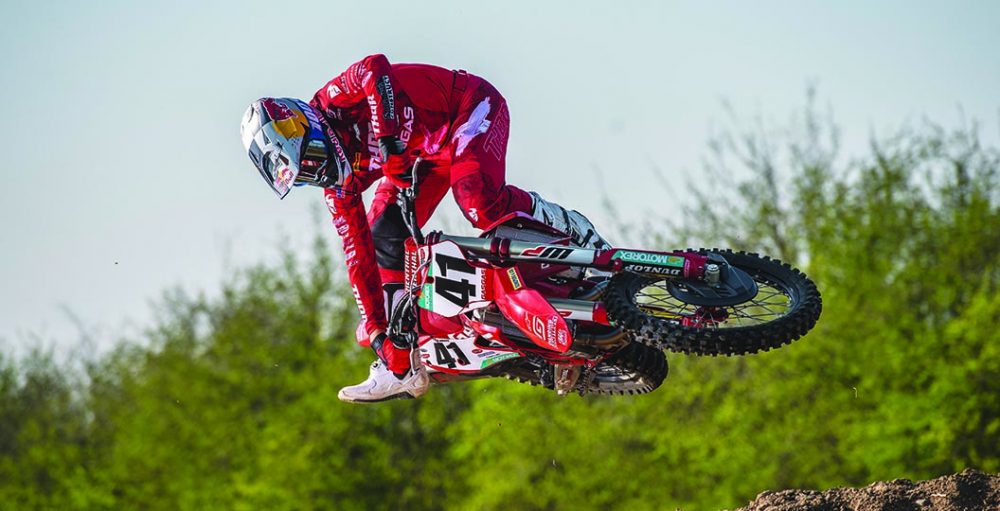 Another episode of The MX Vice Show, the only podcast that focusses on the sport in Europe! The show is currently available on Spotify, iTunes, SoundCloud, Stitcher and Google Play. Thanks to FLY Racing, Leatt, Planet Moto Holidays, SupercrossLive.TV, ProX Racing Parts, Technical Touch, KYB, Backyard Design, TMX 21 Competitions, Blendzall Oils, ARMA Nutrition and Even Strokes for their continued support of The MX Vice Show. Got feedback on the podcast? Contact us on social media (@motocrossvice on Twitter).

Talking points this week include Alberto Forato’s swift jump up to the premier MXGP class, leaving SM Action GASGAS Yuasa Battery with Andrea Adamo in MX2 and Kevin Horgmo in EMX250. There is more on the Grand Prix calendar as well, along with the Leatt ‘Ask Vice Anything’ questions, the Blendzall Oil ‘Performance of the Week’ and Planet Moto ‘Bombshell of the Week’ segments. The latest national competition is discussed too, as well as the influx of live streams that are popping up across the world.