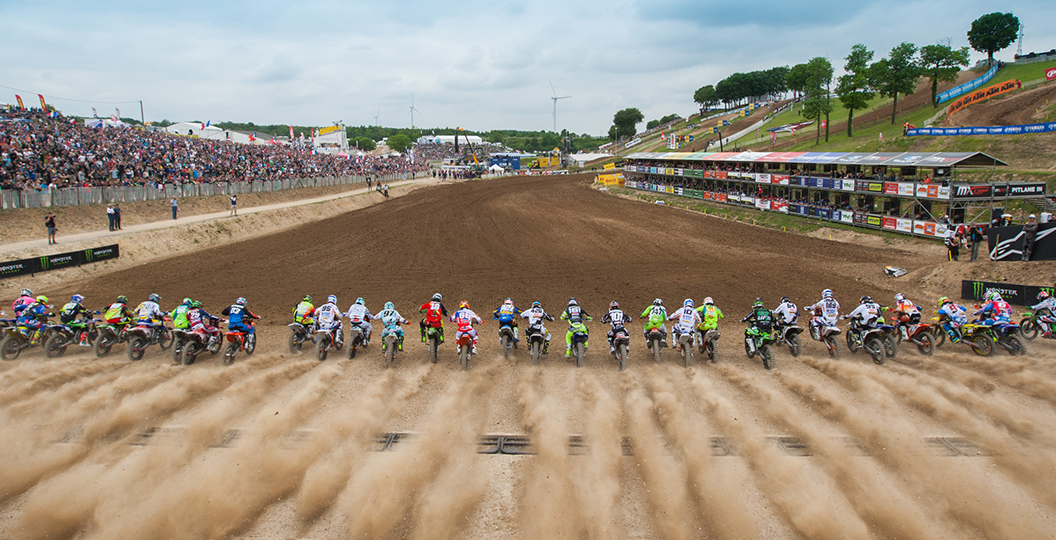 We released the MX Vice digital magazine in 2014 as a way of illustrating our features and interviews in a visual manner, which was something that was hard to produce on a mobile or tablet at the time. We then made the courageous decision to be the first media outlet in Europe to offer a free, premium magazine. Our main goal for the magazine was to reach those who are forty-years-old and older, who we originally couldn’t connect with as they were used to print.

We are now about to surpass two million unique visitors through our website over a twelve-month period, which we are extremely proud of seeing as this came from humble beginnings. I am sure you can imagine that has had certain benefits commercially to MX Vice and enabled us to travel the world. We are currently attending every single MXGP round and also started the season with six weeks in California.

The magazine has had six people working on it over a six-week period to get it to print. Those guys work bloody hard to put together a magazine that is arguably as good or even better than a magazine you would pay for each month. The main problem we have encountered, however, is not financial, but the ends just aren’t justifying the means when working on the magazine. We have over twelve thousand people reading the magazine online each month, then there are five thousand printed magazines that are distributed also. That is seventeen thousand when you add it up, which isn’t a bad circulation figure.

Six weeks of solid work, long hours, sweat and tears went into producing a magazine that we are proud of and reached seventeen thousand people. That is achieved in two days or less with the traffic on this very website though and with just one single post on Facebook. The difference is we can quantify the results transparently to advertisers through digital, but print is just a leap in the dark.

Taking all of that into account, we have decided to make next week’s magazine the last. This will allow us to put all of our focus into becoming digital motocross storytellers, because we can bring print features, articles and interviews to life using new techniques now. That satisfaction you get when reading a printed magazine will now be replicated on MXVice.com and the upcoming app.

We have three of the best websites in motocross ahead of us right now, but we are not satisfied with being the biggest in Europe. We are ambitious and would love to see if we could turn MX Vice into the leading motocross site in the world.

Our first step towards this goal is to secure one of the best technical platform specialists out there in Leroy Kirby, who will work full time on developing MX Vice. Leroy will start on Monday and implement some small changes before completely changing our platform, so that we are able to offer a personalized experience to each visitor. We now have one million people a year coming through from the EU, compared to nine hundred thousand UK visitors and four hundred thousand from the USA. Now is the right time to be offering motocross fans from all countries the content that they are interested in.

It is an emotional goodbye to the ‘freemium’ magazine, but now is the time to focus everything on this website that is growing at an incredible rate.