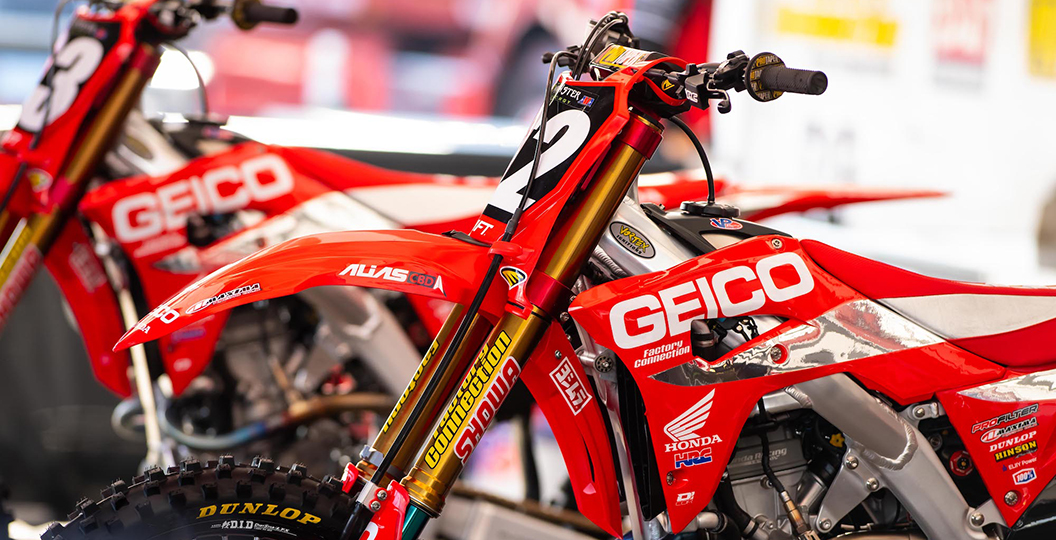 In a shock turn of events, Ryan Dungey has announced that he will no longer be associated with the GEICO Honda team. Dungey, who became a part owner of the team in a move that was announced in December, stated that it was much more of a commitment than he first imagined. The full statement that he released can be viewed below.

“After months spent with the Factory Connection Racing team and discussions with the team’s owners, it’s tough to say we will be discontinuing our relationship. I found this is to be a larger commitment than I can give it at this stage in my life. It’s not in my style to do a job half way, nor is it fair to the team to not get the full efforts that they deserve. My overall impression of the team is very high. I’m grateful for the time they gave me and how much Jeff Majkrzak and Rick Zielfelder helped me in my life journey. I hope for continued success for the team and the Honda organization.” – Ryan Dungey

It remains to be seen what Ryan Dungey’s next move will be or if there will even be one. Dungey is still an investor in Intense Cycles, alongside GEICO Honda co-owner Jeff Majkrzak.