New to the MCR 450 program is world-class veteran rider and 2016 Australian Supercross champion, Justin Brayton who brings momentum and excitement with his recent title win. Brayton has been chosen as one of three Honda supported riders to be aboard the 2017 450.

Returning to the MCR 450 Supercross program is the tandem of Mike Alessi and second-year 450 Supercross rider Vince Friese. Both riders will begin the season aboard a 2016 Honda CRF450. Both Alessi and Friese exhibited their strength as riders in 2016 with multiple holeshots as well as heat and semi wins and are expected to have continued growth and success in 2017.

“Since the inception of our team in 2009, we have been doing this successfully on our own with minimal support,” said MCR team owner, Mike Genova. “We have been competitive in both the 250 and 450 class so now, with the support and resources Honda brings to the table we will be an even stronger force. In a year where the available rider pool has more talent than ever before, we’re stoked about our rider lineup. These guys are consistent on and off the track and I have a great deal of respect and appreciation because of that,” said Genova.

Another exciting change to MCR’s upcoming Supercross program is the addition of a 250 East program. Representing the team aboard a 2017 MCR Honda CRF250 is eighteen- year-old, Iowa native and Monster Cup Amateur All-Star champion, Cameron McAdoo. “Over the past nine months of working with Cameron, he has displayed the work ethic, attitude and perseverance that it takes to be a podium guy. He has natural talent and a strong drive to win,” said Genova. “I’ve seen significant growth in Cameron since joining the MCR program led by Tony Alessi. He’s going to be a guy to watch.”

MCR has scheduled a rider introduction for December 6th at Honda’s private track in Corona, Calif. 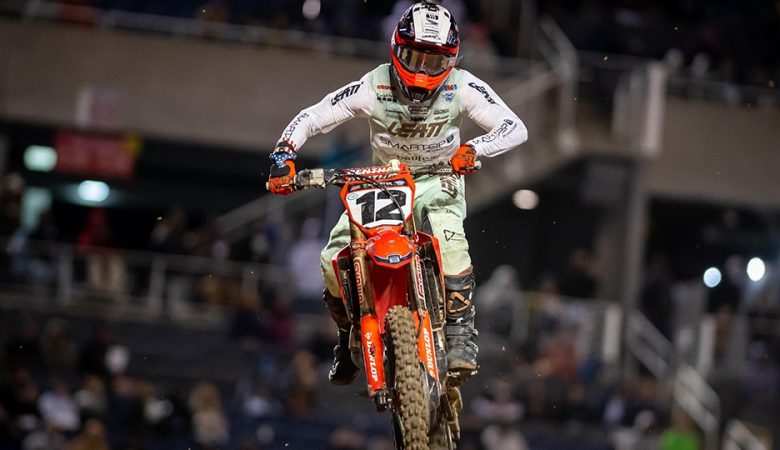