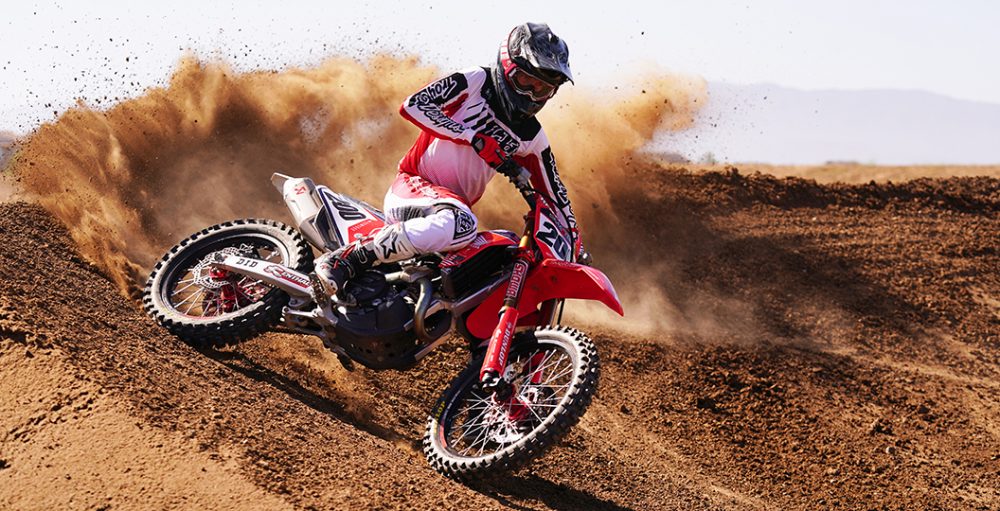 MotoConcepts Racing Honda is excited to announce its acquisition of a team license for the FIM World Supercross Championship (WSX) and its line-up of riders for the newly formed series.

MCR’s determination to contend for wins is reflected in the four-rider line-up: Justin Brayton and Vince Friese, competing aboard Honda CRF450R motorcycles in the SX1 division, and Mitchell Oldenburg and Cole Seely taking on the SX2 division with Honda CRF250R motorcycles when the season begins later this year.

MCR believes the model presented by SX Global, which supports new business opportunities, handles logistics for the tour, and includes the distribution of $50 million to competing teams over the next five years, will boost the profile of Supercross and its stars to a worldwide audience.

“I’m excited for the new opportunity the World Supercross series provides,” said Mike Genova, owner of MotoConcepts. “We’re going in strong with our rider line-up and know that each one of them is a title contender in their class.”

“WSX is an important and exciting opportunity for MCR in many ways! We now have a world platform to operate from and, as one of the ten charter teams, are a leading group that is capable of winning races and championships. This project is nothing short of a dream come true for me, team owner Mike Genova, and our entire crew,” said Tony Alessi, Team Manager of MCR. “Preparation will begin with our annual team summit during the second week of July in Priest Lake, Idaho, and we will then move to Southern California for a six-week summer boot camp.”

Justin Brayton is excited to begin a new chapter of his career in familiar surroundings. Although the accomplished racer and father of three has stepped back from full-time competition in the AMA SX series, the opportunity to compete on a world stage prompted his participation. Brayton’s experience at the highest level of the sport, domestically and internationally, will be put to the test in his pursuit of the SX1 title. “I’m very excited to be joining MCR for WSX. I think this is a great opportunity for teams and riders to race Supercross around the world at a high level,” said Brayton. “I’ve been traveling the globe in the fall months racing SX-only for years now, so it’s something I’m familiar with and am looking forward to!”

Vince Friese has spent much of his career with MCR and contributed significantly to the group’s success, including his participation in an innovative split program that yielded 250 class podiums and 450 class top-ten finishes in 2022. An excellent starter who is determined to get the best result possible, Friese should flourish and be a frontrunner in the SX1 division. “I’m really excited for the opportunity to compete in this new series. Everything about the WSX seems to point toward it being the future of racing at the highest level, and to be there for the first season on what I believe is the best team in the series is a dream come true,” stated Friese. “I plan to take full advantage of this opportunity to show that I can compete with the best on the world stage!”

Mitchell Oldenburg’s move to MCR was a worthwhile decision for all involved, as the rider’s on-track talent, constant improvement, and willingness to work with the team towards a common goal in 2022 proved they reach their full potential together. With Oldenburg’s experience in the small-bore class and the team’s proven equipment, the goal is for race wins and the SX2 championship. “I’m looking forward to continuing my partnership with MotoConcepts in this new venture of WSX,” Oldenburg explained. “It’s an amazing opportunity to be able to travel the world and do what I love as part of a group that is committed to success.”

The possibility of racing WSX aboard a powerful motorcycle was enough to coax Cole Seely out of retirement, and the skilled rider will join MCR as part of the exciting expansion. A former factory racer with multiple main event wins to his record, Seely is expected to be a force in the SX2 class and is hopeful to end the season with the number one plate. “I’m stoked to come back to racing with a switch-up in the normal routine and travel the world. I never lost my competitive side, and it was good to get back to the basics the last few years and find the fun in riding again. I still love to go fast on my dirt bike,” Seely shared. “Mike and Tony have given me a great opportunity to do this right, on the best equipment I could ask for, and I’m very thankful for that. I’m also looking forward to running number 200, as it was picked out by Troy Lee the first year that I raced for him!”

The FIM World Supercross Championship will annually take place in the second half of the year, including up to four events in 2022, from early October through November. This year will serve as a “pilot” season, allowing the championship to establish itself and build momentum going into the future. The FIM World Supercross Championship will continue to expand annually between June and November, with up to twelve events in 2023. 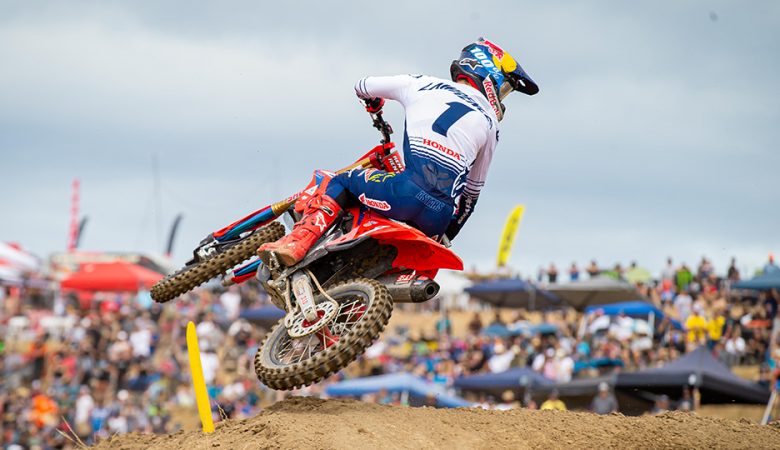 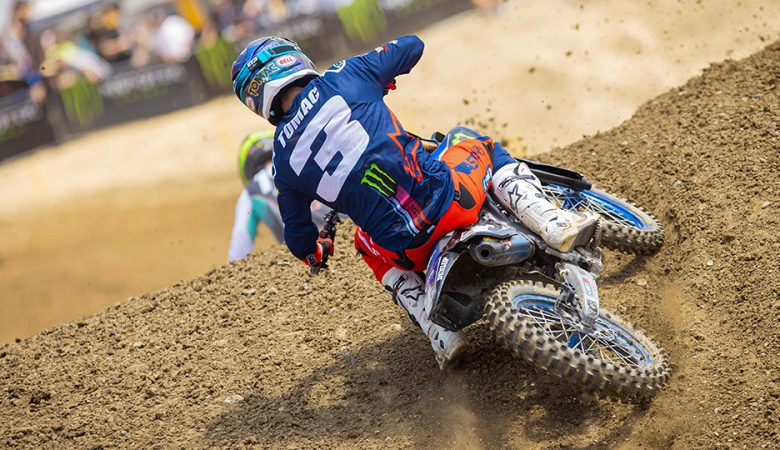 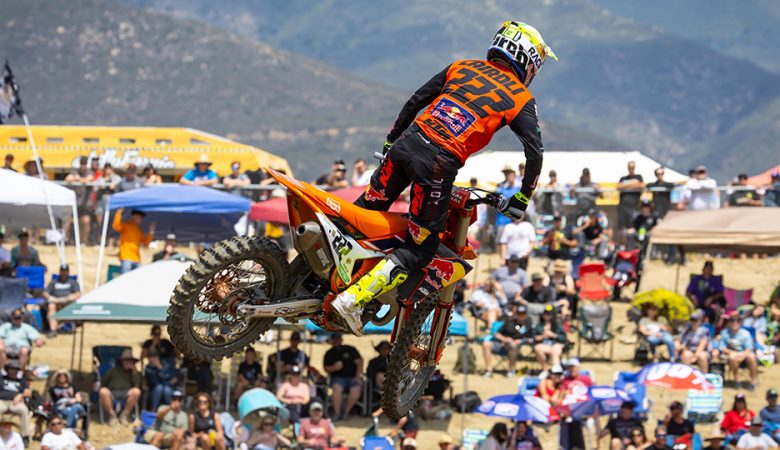 How To Watch: Hangtown 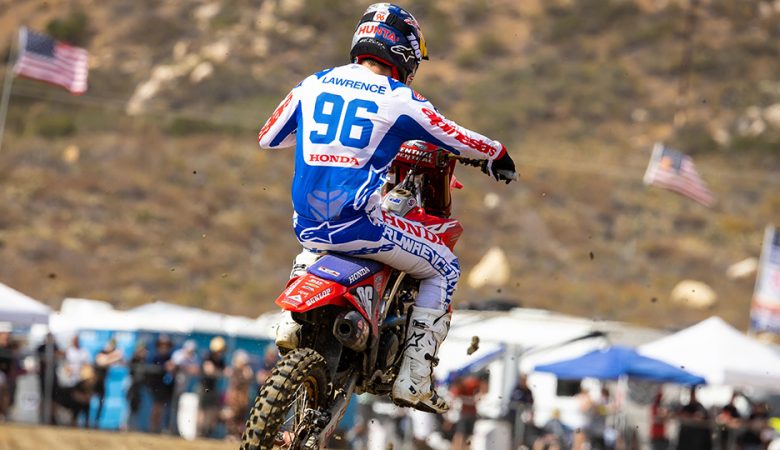