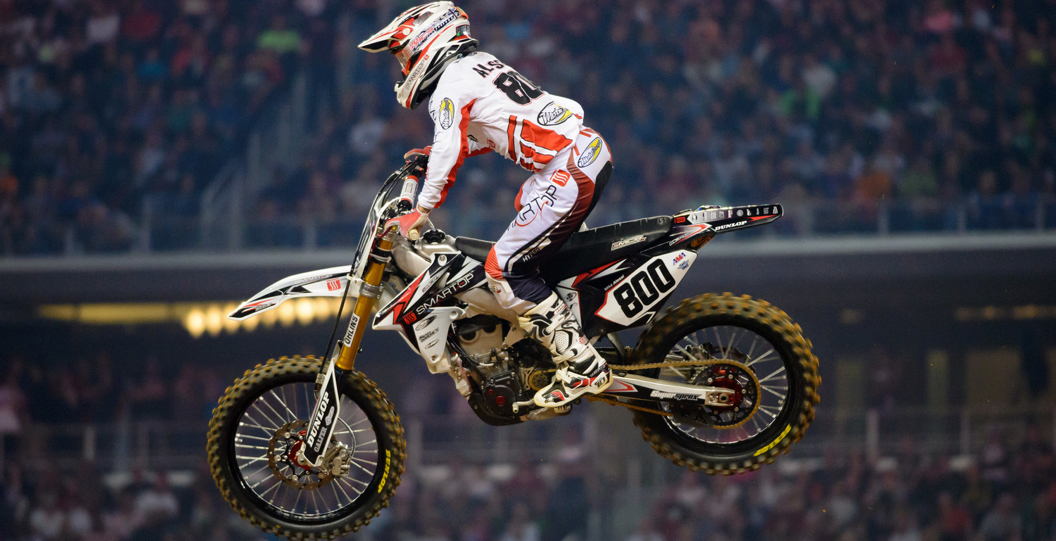 Smartop MotoConcepts Racing confirms they are taking their race efforts overseas for part of the 2015 MXGP series.

MCR has chosen to forego the traditional outdoor single series approach according to team owner Mike Genova. “We’re focusing on the core objective of motorsport racing – promoting our team and sponsor products while continuing to build the Smartop and MotoConcepts brand.” Instead of chasing points in a given series, we’ve chosen to use multiple series to market to a worldwide audience via the MXGP, CMRC and USA Outdoor Nationals.”

Mike Alessi will be leading the MCR team following a hard crash at the Daytona Supercross where he broke a vertebra in his back. “I’m excited for this summer’s MCR program and look forward to racing in different countries, on different tracks and against different riders. Bringing our own support crew and MCR 450 bikes overseas will be a big advantage that will allow me to focus on racing only.”

MCR’s first MXGP race will be Great Britain’s Matterly Basin on May 23-24, which will be followed by France’s Villars sous Ecot, May 30-31.

MCR’s second rider, Vince Friese, will compete in the first two rounds of the U.S. Nationals aboard a MCR 450 and reunite with the team upon their return to North America.

As the outdoor season progresses, MCR will announce the races in which they will participate.

About MotoConcepts:
MotoConcepts designs and builds innovative rider accessories that meet the needs of your demanding Moto lifestyle. All MotoConcepts products are manufactured in-house at our state-of-the-art facility in Spokane, WA. Our high quality products such as, the MotoStand, MotoPad and MotoGraphics are built to last, superior to the competition and will outperform any traditional aluminum products in the market place.