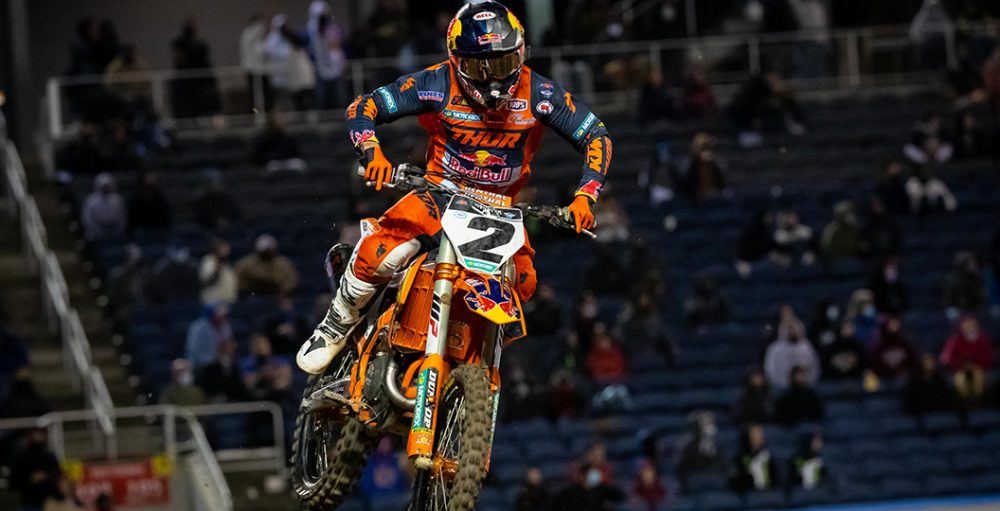 Red Bull just dropped the third episode of their ‘Moto Spy’ series, which includes behind the scenes footage from the 2021 Monster Energy Supercross series. Enjoy!

The 2021 AMA Supercross Championship rolls through Indianapolis where an unstoppable Ken Roczen begins to pull away. KTM’s Cooper Webb continues to push for his second title; the battle between the factory titans is on. Meanwhile, Honda 250 ace Jett Lawrence makes waves in the final rounds of the 250SX East rounds before the break.