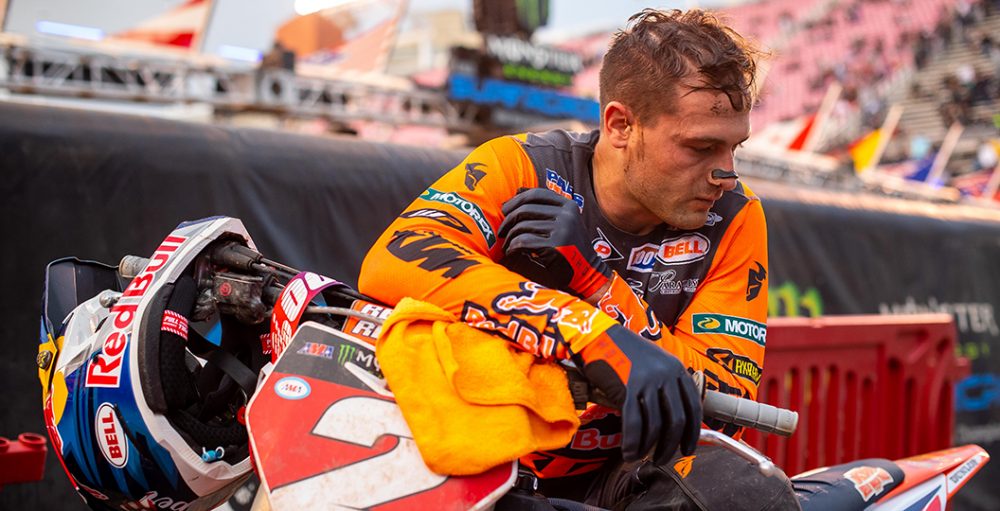 The 2021 Monster Energy Supercross series will draw to a close in Salt Lake City, Utah, this weekend, and there are still three titles on the line. To whet your appetite for the grand finale, dedicate some time to watching the sixth episode of Red Bull’s ‘Moto Spy’ series. There is some intriguing behind the scenes footage from the Atlanta duel that Cooper Webb and Ken Roczen had.

The 2021 AMA Supercross series is winding down. As the racers head to the three-round stop at Atlanta Motor Speedway, Ken Roczen does everything he can do to keep a tight rein on Cooper Webb in the 450 title chase. Meanwhile, Jett Lawrence begins prep for the 2021 Pro Motocross Championship while older brother Hunter lines up with the 250SX West racers in Atlanta.