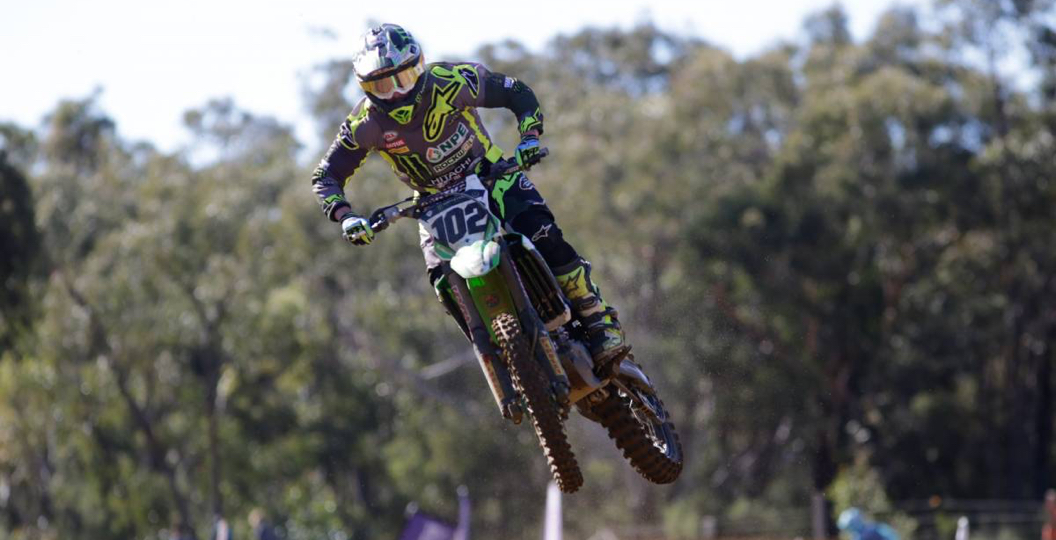 The missing piece of the puzzle in the drug scandal that involves the Moss brothers, Matt and Jake, was confirmation from MA (Motorcycling Australia). We have that now though, as they released the following statement.

“Bound by the ASADA Act and ASADA Regulations, the Code, the WADA International Standard for the Protection of Privacy and Personal Information and the Privacy Act, Motorcycling Australia can now confirm that on 22nd of May 2016 the Australian Sports Anti-Doping Authority (ASADA) tested four individual athletes at the MX Nationals round held at Murray Bridge in South Australia.

“Motorcycling Australia can also confirm that samples provided by both Jake Moss and Matt Moss have tested positive for Ostarine, a substance prohibited for use in sport under the World Anti-Doping Agency’s Prohibited List.

“Both Jake and Matt Moss are now under investigation by ASADA and have been provisionally suspended by Motorcycling Australia from any activity in their sport until the matter is resolved as per ASADA’s guidelines. The other two riders tested at the same time – Dean Ferris and Nathan Crawford – had no adverse analytical findings.

“An important part of the Australian Anti-Doping process is that the privacy of individuals is protected, and the ‘legislation ensures that an athlete or support person has their privacy protected while the matter is being reviewed’.

“ASADA conducts testing of Australian athletes according to the World Anti-Doping Agency’s (WADA) International Standard for Testing and Investigation and as a government agency ASADA is bound by the Commonwealth Fraud Control guidelines as well as in accordance with the Australian Government Investigations Standards.

“Throughout the investigation process the correct procedures have been followed to ensure the credibility of the athletes, promoter, governing body and ASADA has not been tarnished. Only when the final determination has been made will Motorcycling Australia be in the position to make any further comments.”

If you’ve been living under a rock, you may not be aware that the Moss brothers failed a ASADA (Australian Sports Anti-Doping Authority) test recently and have, consequently, not been racing. Jake Moss even resigned from his team just last week, as a result of the failed tests.

Both Matt and Jake tackled the situation on social media last night, as they spoke openly for the first time. “I wanted to let everyone know that the reason I haven’t been racing lately is that, because of an issue that has arisen through a random urine test I recently undertook for ASADA, I have been provisionally suspended from participating,” explained Matt on social media. “I am at a loss to understand how the issue has arisen and I am in the process of challenging the results of the test through the appropriate processes. I am confident of being cleared and I look forward to returning to the sport I love as soon as possible.”

“I have recently been advised through Motorcycling Australia and ASADA that I have allegedly tested positive to Ostarine, which is prohibited substance under the World Anti-Doping Code,” said Jake Moss in his statement. “I do not accept the results of the test and I am in the process of challenging those results through the appropriate processes,” he concluded.

It seems that neither rider will make it back on track before the end of the season, so the National Pump Monster Energy Kawasaki team have drafted in the services of Kyle Peters for the final couple of rounds. It was also announced that Wil Hahn is set to head to Australia to contest the supercross series for the team.

Since it was first reported that the Moss brothers, Matt and Jake, had been involved in some kind of scandal down under last month, updates have been sparse. Progress was made earlier this week, however, when it was revealed that Jake Moss has resigned from the National Pump/Monster Energy Kawasaki squad.

It still hasn’t been specified what the issues behind the scenes are, but the official statement from the team mentioned that “Jake regretfully tendered his resignation from the team, deciding to focus on his family and career away from competitive motocross and supercross racing.”

Whilst that statement makes it seem that Jake has cut his ties from the sport for good, his statement suggests otherwise. “I have greatly enjoyed my time with the Kawasaki team and hope that in the future I may well be back to contest titles again,” Jake commented.

The Australian Sports Anti-Doping Authority have not yet confirmed whether the Moss brothers failed tests that took place in May.

Australian brothers Matt and Jake Moss were mysteriously missing from the most recent round of their domestic series, the Motul MX Nationals, which was held at Conondale. Matt, who sat in fourth in the MX1 standings before round seven, released a statement prior to the event that mentioned that he would not be attending the event “due to personal reasons.” Not much more was said, but then sources down under began to speculate that their absence was linked to the Australian Sports Anti-Doping Authority tests that took place in May.

No official confirmation has been released at this time, although the time that this would have taken is similar to what happened with James Stewart. What perhaps acts as confirmation is the fact that Kawasaki released a press release earlier today that contradicted Moss’ earlier statement, as no personal issues were alluded to.

“Kawasaki Motors Australia can confirm Matt Moss and Jake Moss were absent from the Conondale round of the 2016 MX Nationals on Sunday, 17 July, due to sporting disciplinary circumstances still currently under investigation,” they wrote. “Further information will be released in due course.”

We’ll have more on this story as it develops. The next Australian round will be held in two weeks.