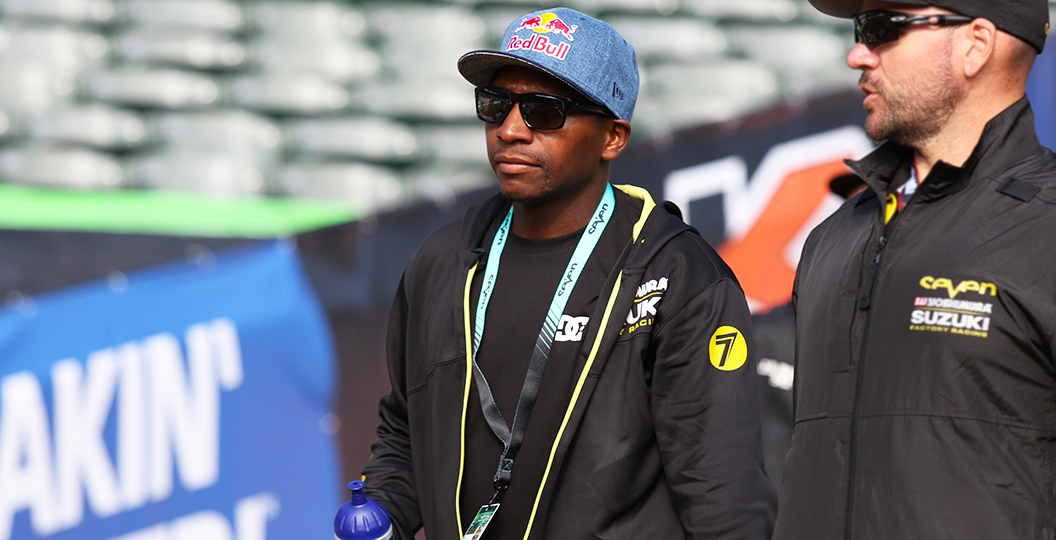 The O.Co Coliseum, home of the Oakland Raiders, has transformed this week in order to play host to the fourth fixture on the 2016 Monster Energy Supercross calendar. Seeing as we are no longer beneath the sunny skies of Southern California, the track has been hit by a substantial amount of rain and Feld have been forced to implement a revised schedule.

The untimed sessions have been cut, quite simply, so the first time we’ll see the riders on track is during the first timed 250SX B session at 13:00 local time. Although we are running a wet weather schedule, do not be alarmed; the race tonight will not be a mudder. Oakland is typically quite soft though, so you can expect deep ruts and a technical track. I am of the opinion that this will actually help things, as there aren’t necessarily any gnarly whoops or long rhythm sections (except for the one following turn two).

What we do have, however, is a lot of one hundred and eighty degree turns! These typically prompt passing, so there is the potential for great racing this evening. The unusually short start straight could have an impact on the results too, as everyone enters turn one more bunched together than they would be normally. I immediately had flashbacks to Salt Lake City in 2013 when I saw it. Ken Roczen failed to qualify that night, as he crashed in turn one in his heat and last chance qualifier. It is certainly something that is worth watching out for, but should be easier on the guys than the right hand first turn we had last week.

The track has changed ever so slightly, compared to the track map that was released, as there is very little sand behind the first turn. The sweeper in turn three features six rollers also, rather than moguls. The most surprising thing about this track may be that we don’t have a single supercross triple, which happens very rarely.

Practice is about to get underway, so head over to our Twitter (@motocrossvice) and Instagram (@mxvice) accounts to stay up to date with the times!