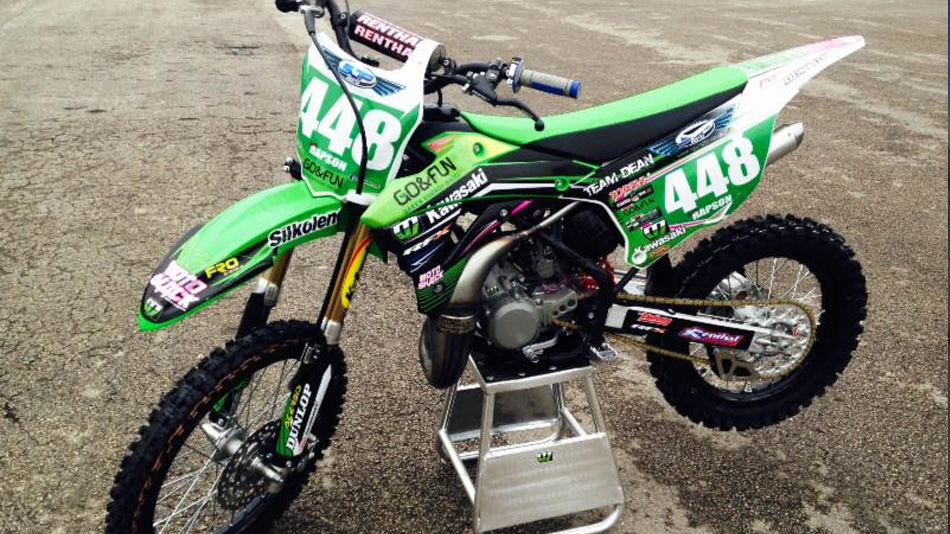 The MJW Kawasaki Team are delighted to announce their new title sponsor for the 2014 season with the Go&Fun Energy Drink UK. The team will be known as the MJW ‘Go&Fun’ Kawasaki team for the 2014 season and will run riders Rob Davidson, Will Keogh, Will Jeonney as the main Go&Fun team plus Denny Rapson, Dan Shepherd, Lewis Woods, Preston Williams and Brad Woodage in the Go&Fun Youth project team with Adam Fry in the veterans class.

Once again team owner Mark Woodage is concentrating on the youth series and will contest the GT Cup, British Maxxis MXY2, the Pro Nationals and the BYMX Championships. Rob Davidson will move up to the Pro class this year and will contest the Maxxis British MX2 Championship and the Pro Nationals. The team are delighted to have a new sponsor involved and are excited about promoting the ‘Go&Fun’ brand within the Motocross market.

Go & Fun are one of the only 100% Natural Energy drinks on the market –www.goandfun.net. They have been sponsoring the Moto GP team during 2013 and now are spreading their wings in the UK within Motocross and also in the British Superbike Championship.

Mark Woodage – Team Owner/Manager – “I am very pleased to be working with Daniel at Go & Fun Energy UK and thank him for his support of the MJW Kawasaki team. It’s refreshing that a new energy drink has arrived in the UK that is full of 100% natural ingredients, and it is great to have this brand now associated with Motocross. Also I would like to thank all our sponsors for their help in 2013 and we look forward to working again with them and welcoming the new sponsors to the team for the 2014 season. I would also like to thank Steve from SJP Moto and welcome his new sponsorship, plus Paul Irwin at Race FX as they have put a huge amount into the MJW Kawasaki team, it is great to have such a good working relationship with all my sponsors and we are very excited about the new season.

It’s exciting for us as a team turning pro with Rob and we also feel it is equally important to keep up the continued support with the Youth classes especially as we are running the new Kawasaki KX85s. Another thank you must go again to Kawasaki Motors UK for their faith and continued support.”

Go & Fun Energy UK – “It is with great pleasure to announce our affiliation with MJW Kawasaki. It is an exciting year ahead and it’s equally exciting to branch out our sponsorship to a new sport.

Motocross is new for Go&Fun Energy UK and we look forward to a fun packed season ahead.”