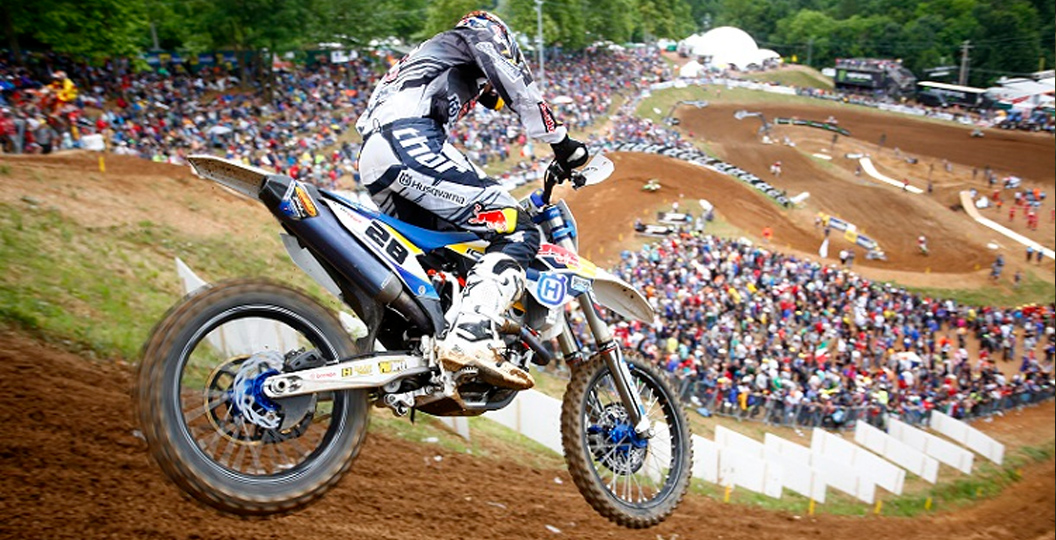 Round 10 of the MXGP championship proved to be one of misfortune for Husqvarna Motorcycles with crashes robbing team riders of better results.

In the MX2 category, Romain Febvre again delivered the best result for Wilvo Nestaan Husqvarna Factory Racing with a pair of sixth place finishes to end his weekend sixth overall. But for Febvre the result didn’t show his true form. Riding extremely well on the hillside circuit, the Frenchman had the pace to race for a podium result in each moto. Running third for the majority of race one he slipped back to sixth as a result of a crash on the penultimate lap. Holding fifth in race two his chances of an overall podium result disappeared when a mistake dropped him to seventh before eventually recovering to finish sixth.

Entering Italy with a fever and sick stomach, Aleksandr Tonkov was not feeling 100 per centfit. But despite struggling for energy, the Russian gritted his teeth and finished a heroic fifth in race one. Hoping for a similar result in race two, the Wilvo Nestaan Husqvarna Factory Racing rider ended lap one in seventh but faded back to finish 13th,

The GP of Italy was one to forget for Red Bull IceOne Husqvarna Factory Racing’s Tyla Rattray. Aiming to show the form that saw him battle for a top five result at round eight in Great Britain, Rattray could only finish 12th in race one due to a multitude of crashes. A big crash on the opening lap of race two ended his weekend early and the Husqvarna rider was forced to stop.

The FIM Motocross World Championship continues with round 11 at Teutschenthal, Germany on June 22.

Romain Febvre: “It was an ok weekend for me. I felt like I had the speed to finish on the podium but a couple of crashes cost me a top three result. In both races I was in the hunt for a strong finish but mistakes hurt my chances and I slipped back to sixth. It’s disappointing. I’ll try to turn things around next weekend in Germany.”

Aleksandr Tonkov: “It was a day of two halves for me. Race one was great. My start was ok but I quickly made up a lot of places and fought my way into fifth. I have a weird fever at the moment and in the second race I just didn’t have the energy to fight for a top five result. After about 10 minutes I was done. It’s frustrating to be sick like that because I know I had the speed to run top five again.”

Tyla Rattray: “I think I spent more time crashing this weekend than I did riding my bike. I don’t really know what happened. I crashed in practice, I crash in qualification and then crashed in both races. And the last one in race two hurt – I was finished after that and had to stop.”