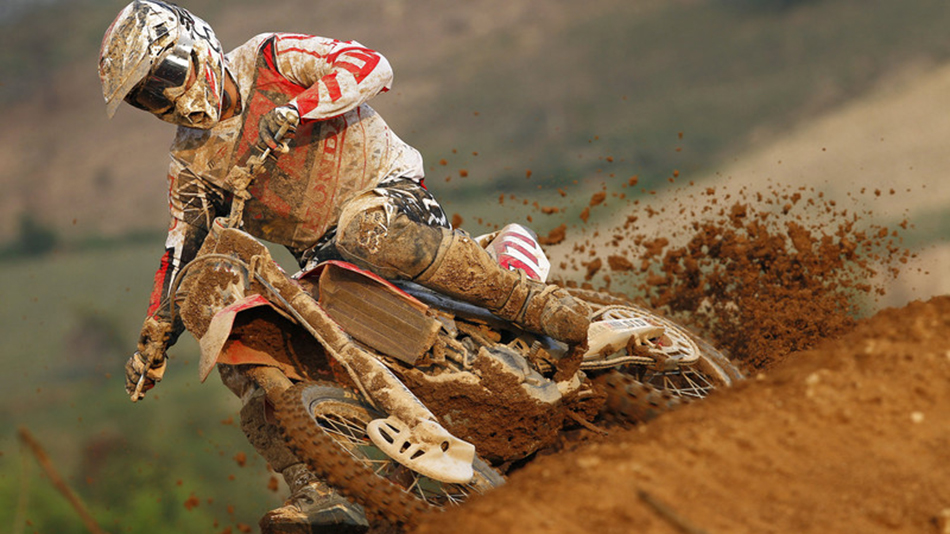 Mixed day for HRC in Thailand

Evgeny Bobryshev finished today’s qualifying race in 14th position for Team HRC, whilst teammate Max Nagl was forced out of the 20minute sprint and was classified in 24th position.

Bobryshev fought his way through the pack to 14th after not making the best of starts, but thereafter his progress was hampered by his ankle injury that he’s had just a few days to rest since Qatar.

The Si Racha track is very fast and flowing, and is bumpy and features some big jumps all of which increase the forces through Bobby’s ankle, making the impact of his injury more noticeable at this track than in Qatar.

Nagl meanwhile was running seventh, whilst following a strategy of not pushing 100 per cent to save a little energy for tomorrow’s races, but his qualifying race was cut short when his rear brake lever got caught in one of the deep ruts here and was folded back beneath his footrest, making it impossible for the Qatar GP race one winner to continue.

Weather today reached a high of 33 degrees Celsius making it incredibly punishing for the riders, and with a forecast for 35 degrees for tomorrow’s races, Sunday will be even tougher. The 30 minute race one starts at 1400hrs local time.

Evgeny Bobryshev: “I had not so good a gate pick, I was in the 13th, I made a bad start and was around 20th. I managed to get up to 14th, but I couldn’t go faster. I still have lots of pain in the ankle. This kind of track you have to carry the speed through the corners and use your leg a lot through the long wide corners, and the surface was a bit muddy and slippery. It’s bumpy and every time my bike moves I feel it through my ankle so it was tough for me.”

Max Nagl: “The gate jump wasn’t that good. On the track the bike was going really good but the start was not so good so we work on this to make it better tomorrow. I was up to seventh position for a couple of laps and my riding was ok – I was taking it a little bit easy to save the energy for tomorrow because seventh gate position would be enough. But then I lost my rear brake. Maybe I hit a rock or something with my brake lever and was it bent it under the footrest. This track you have some big jumps where you have to touch the rear brake in the air to bring the front wheel down, and I tried to do two laps after losing the rear brake but in the end it wasn’t possible to continue like this.”

Roger Harvey: “Today was a mixed day as overall Max’s riding was good but he then lost his rear brake, which is one of those freak things. We’ve got all the precautions in place to protect the brake lever and never had the problem before, but today he caught it in a rut, maybe on a rock and just bent the back brake round. Here you use the back brake a lot to control the bike in the air and without it it wasn’t possible for him to finish the qualifying race. To be honest he can make the start from the outside tomorrow though. Bobby’s still suffering with his right ankle which means he can’t fully commit to right-hand corners. To ride half the track trying not to use his right foot is just not possible at full speed.”