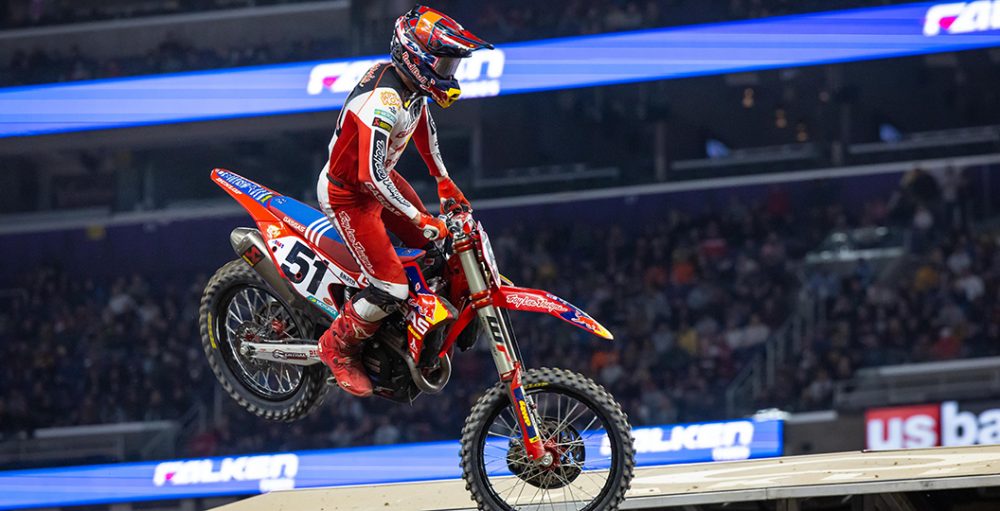 Justin Barcia’s GoPro video from the premier-class main at U.S. Bank Stadium in Minneapolis, Minnesota, offers a great look at just how hard he had to work for his fifth-place finish. Poor starts have plagued Barcia in recent weeks, as proven by his average starting position of ninth. Although he ended lap one in ninth on Saturday night, he was much further back than that around the first turn. See that for yourself below.

Pierce Brown has the potential to achieve a lot more with Troy Lee Designs Red Bull GASGAS Factory Racing, as proven by his impressive heat win in Minneapolis. Brown started in fourth, worked his way into the lead swiftly and then took off with the victory. Four seconds was his eventual margin over Jett Lawrence in second. The heat was captured via the GoPro in his front number plate.