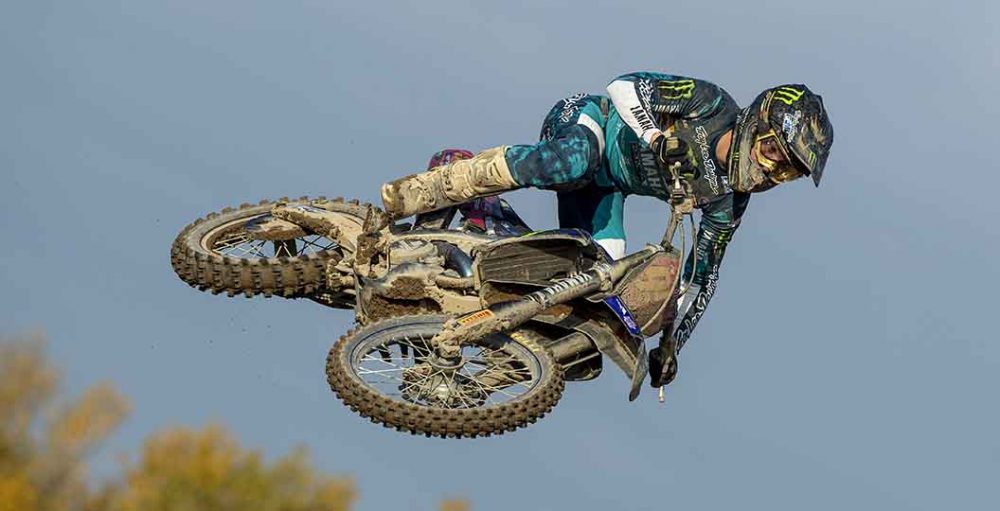 The news that Maxime Renaux has signed a two-year contract with Monster Energy Yamaha Factory MXGP prompted mixed reactions. There were some who branded it old news, seeing as those rumours circulated for months, and others who felt it was preposterous. There was also a group who stated that it was the right decision by all involved. Opinions were mixed across the board!

Circulating back to the most popular reaction, reports that Renaux would be stepping onto the YZ450F had been in the atmosphere since September. The common consensus was that it was a done deal and thus it was reported in that way. Ben Watson, who occupied the seat before Renaux, was even informed that he would not be able to return to the Monster Energy Yamaha Factory MXGP in 2022. Renaux rumours started to ramp up again at the Italian jaunt of the Grand Prix series though and his future was undetermined.

“It is really undecided,” Renaux confirmed exclusive to MX Vice at the penultimate round. “It is really 50/50 now – I have no idea where I am going. I have some feelings that I should step [onto the YZ450FM] but for Yamaha it is not that easy, because we signed a contract to be on the YZ250FM for next year too. We can arrange that. It is possible. 2021 went super good, and everything went so quick, so now we are questioning ourselves about whether we have to make the move or go for another world title.”

Renaux seemingly had a deal to ride a YZ250FM in the 2022 FIM Motocross World Championship, but there was also that pesky clause that meant that he would be given a seat on the Monster Energy Yamaha Factory MXGP team if he were to win a world title. It seemed so unlikely that he would take the title in his first year – he was 178 points behind the eventual champion last year – that no one put too much thought into how such a situation would unfold, hence the complete mishandling of Watson.

Make no mistake about the fact that Renaux wants to be on the 450F. If he wanted to defend his title then he would be doing that, but he has had his heart set on the premier class since it became apparent that he was on track to claim gold. There are two ways to look at this situation; he has achieved all that he can in the MX2 category and may as well get a head start on the monstrous challenge that lies ahead or he is in too much of a rush and needs to slow down before mistakes are made.

Ben Townley famously won an MX2 title and then moved straight onto the KTM 450 SX-F immediately after that, and he often states that he struggles to comprehend why he was eager to rush each stage of his career now. Applying that to the stance that Renaux has taken is quite interesting – he is twenty-one with another two years of MX2 eligibility and at least ten years in MXGP. Is it really necessary to sprint into a class that is arguably the hardest that it has ever been?

The counter to that argument would be that he has an opportunity to move into the premier class with the full-factory team, an opportunity that rarely arises. Why not grab it with both hands and figure the rest out at a later time? There is no way that anyone can blame him for that, especially as success is not guaranteed in the MX2 division. Tom Vialle is going to be even stronger when the new term commences, as will Rene Hofer and Mattia Guadagnini. Jago Geerts has caught fire now too.

Yamaha were put in a tough situation, with one of their proteges progressing faster than planned. This has not happened at all since the pyramid system was introduced – it has been intriguing to watch them handle the situation. It will be even more interesting to see what they do next. Renaux is under contract until the end of the 2023 FIM Motocross World Championship as is Jeremy Seewer. The position that is occupied by Glenn Coldenhoff is the only one that could change in the next twelve months.

Yamaha have invested a lot into Coldenhoff this term, but what if they have to promote Geerts in the not-so-distant future? If Geerts stays down and they opt to move on from Coldenhoff, what do they do then? Watson would be the perfect candidate for that seat and they have had to ditch him. Their pyramid system has effectively eaten itself. Additionally, they are left with two MX2 riders now and a lack of rising talent in EMX (as is everyone). The next move that Yamaha opt for has to be a long-term one.