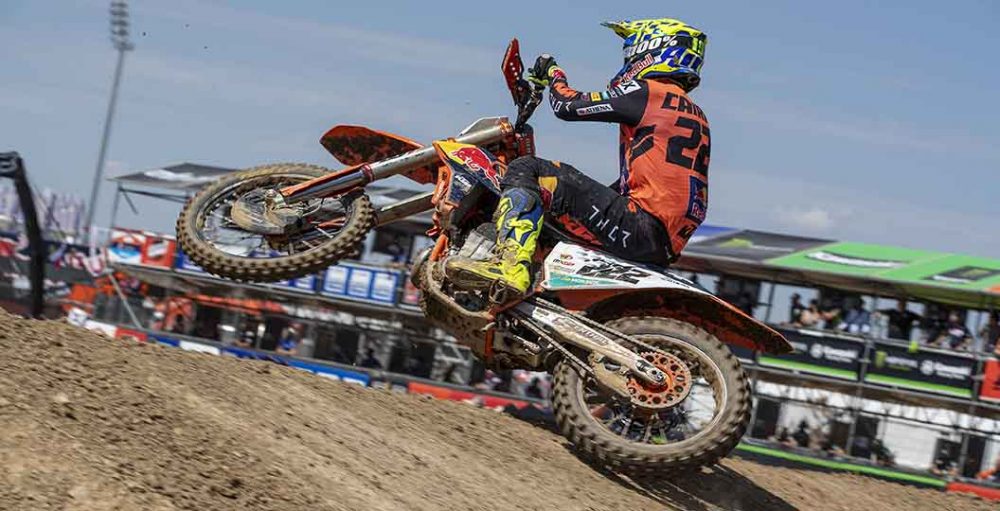 Antonio Cairoli has nine rounds left as a Grand Prix pilot, which is bizarre to type. Cairoli is officially stepping away from the FIM Motocross World Championship at the end of the current term – it is the end of an era! The news was confirmed at a media event in Rome today, which was run by KTM Factory Racing and about as spectacular as his career warrants.

For one to truly appreciate the magnitude of this news, it is crucial to reflect on just how long ago his career started. Cairoli made his full-time FIM Motocross World Championship debut in 2004 and won immediately – it was the historic circuit of Namur that played host to that maiden triumph in August of that year. It was so, so long ago and yet he is still competitive now. The way in which he rode at the Grand Prix of Afyon was arguably the best ride of his career. Yes, he is still that good.

There are obviously others who have had careers that have spanned a similar amount of time, but there is a pivotal point to consider. Cairoli has never been able to take a second to collect himself. From that rookie season in 2004, in which he ended in third overall and was a consistent contender throughout, to now, he has always been expected to win and in a spot to do so. The sponsors that he has had have had him pegged as their golden boy every single season – he has had to bear the brunt of that. It is not exactly easy.

Even now, as the Grand Prix contingent are sat at the halfway mark of the current term, he is the leading rider for the Red Bull KTM Factory Racing team, Thor gear, Airoh helmets, Sidi boots and 100% goggles. The weight of expectation is something that is rarely referenced. Imagine being in such a position for more than 15 years? It has been a case of win or bust for so long and he has earnt the right to move away. Heck, there is a chance that he will do so with a tenth world title within his grasp. Now that would be something.

93 Grands Prix wins, 181 moto wins and 177 overall podiums. A phenomenal record and one that says a lot about his skill, ability, and tenacity. Those figures have made Cairoli a household name in motocross, across the world that is, and earnt him many fans. There is so much more to his story though. Cairoli is one of the greatest stars of all time and yet one would never know it – he is so respectful and appreciative of the spot that he has found himself in. Not only that, but he is also a true fan. Those qualities are discussed just as much.

Cairoli is going to continue to be celebrated in the coming days and weeks. For now, we must return to the KTM Factory Racing event and continue to reflect on one of the greatest careers ever. It is not over though. Cairoli is a racer (or RACR) at heart and will want to focus on the task at hand as of tomorrow, that being a fight for the world crown. There is not much in it at the very top of the FIM Motocross World Championship and, hey, there is a superb opportunity for Italy to win the Motocross of Nations too. Exciting times lie ahead.