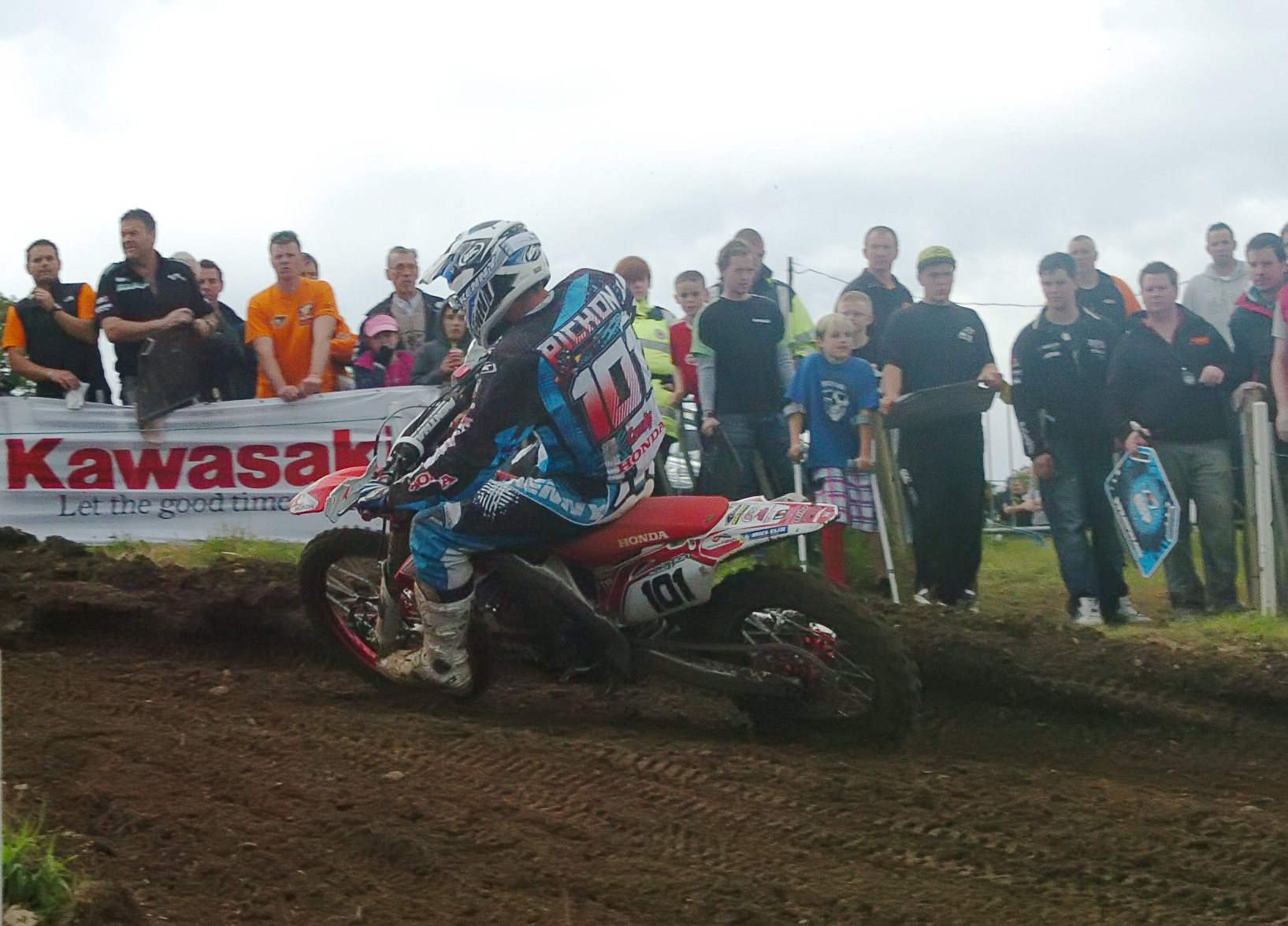 Mickael Pichon is a motocross legend. One of the greatest riders of his generation, the ultra talented Frenchman competed successfully in the US and Grand Prix winning two US 125 Supercross titles before claiming two 250cc World motocross championships during his glorious career.

The flying Frenchman will be remembered for his blistering speed on his 250 Suzuki in his GP days and especially his one lap qualifying speed which was always his hallmark.

Pichon has raced and beaten all the greats in his time including Jeremy McGrath, Stefan Everts, Joel Smets and even Ricky Carmichael.

He has ridden for Factory Suzuki and Honda in GPs, Pro Circuit Kawasaki, Factory Honda and Factory Suzuki in the USA and has ridden everything from 125 two strokes right through to the modern four stroke era… he has even had success as a road racer after motocross!

We took the opportunity to speak at length with Mickael about his career, so read on to discover the inside story on what it takes to race at the top in both the USA and the GPs.

I believe you have done some road racing since you retired?

Do you enjoy that form of racing?

It is good but very fast, I have fun, but it’s a bit scary, I feel more comfortable on a motocross bike.

Going back to you motocross career in the 90s, how was the adaption to living and racing in the US coming from France in 1995?

It was ok, when it is your dream to race in the US in Supercross, you adapt yourself pretty good, especially when you spend most of your time riding. I was riding probably five or six days a week and when you go to Pro circuit you have good tracks for training. You spend so much time travelling and on the bike. I was living in California which is a nice area, the weather is good, there are many tracks to ride, it is all the best to be a rider over there.

How was your relationship with Mitch Payton, he is renowned for being hard on his riders?

It was good, we both have a strong character but we got on good because Mitch likes when a rider rides a lot. For me I maybe did not train so much physically then but I would ride a lot. Almost every day from ten to three or four o’clock we were testing. Mitch liked that and I won him a couple of super cross championships. We get along really good and I learnt a lot from him.

What I tried to do was set up the bike the best for me and I like to do that. I spend a lot of time to get the best set up, and after you do that and do all the work you cannot find excuses, that is what Mitch likes. I had the best bike, but we worked a lot for it. Mitch would come to testing and have fifteen or twenty pipes to try and heads and this and that.. He would say ‘I want you to test this today’. Some riders would come and just test two or three parts and say it was good, then god to the race and say the bike was not good. I was not like this and I think Mitch liked that. He also worked a lot to give you the best mechanically, everybody knows today that one of the best bikes in the world is from PC.

How were you accepted as a Frenchman in the States?

It was easy because I already rode a 250 and even a 500 when I was young. When I was fifteen, I used to have many bikes at home and I would change back and forth from a 125 and 250 at my practice track. When you change often like this, it doesn’t take you long to adjust to the bike. Even today I can get on a 125 and will only take me a few laps to get used to it, because I have spent so much time riding on different bikes.

It was good years, I had a good time and I learnt a lot on riding and with my training I made a lot of improvement. That’s why when I came back to Europe I was quite fast straight away, I went back to Suzuki at that time. I was very demanding in testing once again, because I knew what was really important and I could spend days for testing, for my riding and I think that is why I was able to become World Champion.

What was it like to finally get that World title?

Yea it was the best feeling of my career, even if the US was a good feeling also the four and a half years I spent in the US it really gave me a lot of motivation. When you ride in the US with eight to ten guys that win and sometimes you get second and sometimes you get eighth because everyone is the same speed. When you ride 16 supercross and 12 outdoor races, it is a long season from January to September you have to be very strong and gives you a lot of experience. I think that helped me a lot when I came back.

That’s why with riding only 15 GP’s and just racing motocross and with a good team like Suzuki meant that with everything that I had experienced before this was actually pretty easy to adapt to. To be on Suzuki at this time was helpful, the bike was really strong and we had a lot of support from Japan.

You moved into the MX1 class, you never won the title but you had some great races with Stefan Everts

In 2003 I was on a two stroke and Everts on the 450 four stroke, I started really good but I think they did a lot of work on the 450 and I had some trouble on the start, but still I was competitive until I got hurt at Gaildorf and broke my knee, but at that stage I was only eight points behind which was nothing because there was still three or four GP’s left so I had a big chance at the title. At the same time it was difficult because four strokes were improving and getting lighter and easier to ride, and we were only one of a few riders on the two stroke, but Stefan was strong anyway and I broke my knee.

Then I changed to Martin Honda and in 2004 and 2005 I was strong, in 2004 I won many races but with my knee injury and four or five months off, for the first few GP’s in 2004 I was not there (on form) and was getting some battle results , but in the last half o the season I won a lot of races but it was too late because Stefan already had a lot of points, he was eighty or ninety points ahead, but I came back to fifty down and won many races. At the time I was the only one to challenge him. In 2005 it was a bad year with Movistar Honda, I was still able to win, but I had a bad year with my knees.

So then after than it was going downhill, and my motivation was not there. In 2000 my first son was born and that gave me a lot of motivation , but when I got my second baby , my daughter in 2004, then I wanted to quit, I wanted to go home and spend time with them. Everybody just sees us on the track and don’t realize that things like this can affect us.

They think we are different from normal people but we are the same, when you have children something in your mind changes. Then I decided I wanted to stop because I didn’t want to practice and be away from home so much. I wanted to settle down because from the US and GP’s for almost ten years I was never home and going away every weekend, testing, it was all about motocross. So in 2006 I decided to stop.

In 2005 you had the Des Nations in France, and your lap times were similar to Ricky Carmichael in what turned out to be your last big race as a full time rider and France ended up second as a team.