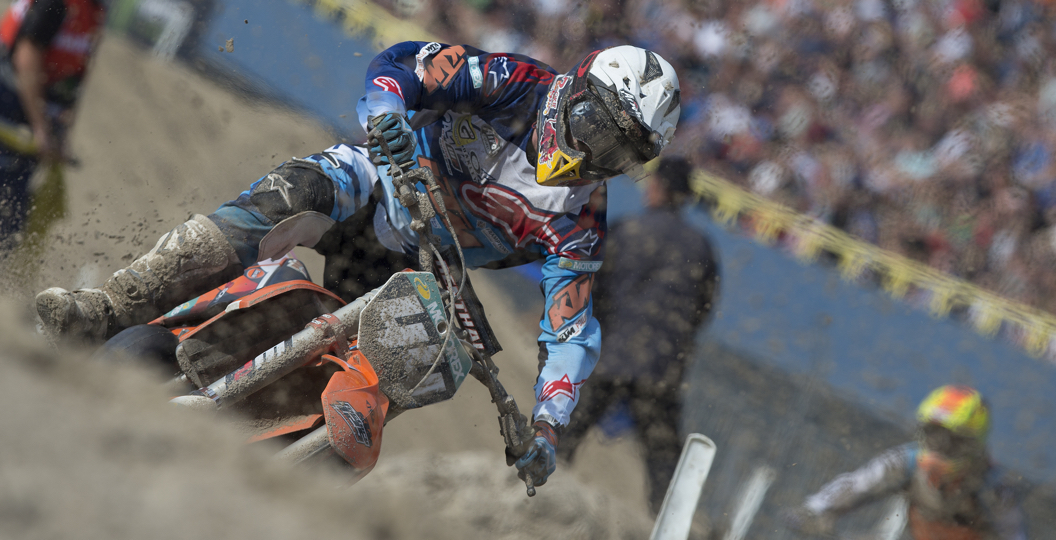 Conrad Mewse has capped off his final season on the 125cc in the best way possible, by winning the Dutch Open championship. The final round, held yesterday at the sandy Mill circuit, didn’t exactly go to plan for Mewse; a 4-2 scorecard was more than enough for him to claim the number one plate though. Jago Geerts, who has gone from strength to strength in the second half of the season, went 1-1 on the day for fourth in the championship. Cyril Genot was second in the championship, just thirteen points back of Mewse, with Noud Van Kraaij twenty-four points further behind in third.

Conrad released this on his Instagram: “Here’s to the end of the 2015 season for me; Dutch champion, second in the world and fourth in the Europeans. I’m happy to finish the season healthy, but I’m not satisfied with my results. I’d like to thank the whole KTM Factory 125 Junior team and all of my other sponsors for helping me out throughout the last two years. Exciting things to come in 2016 and really looking forward to making a fresh start.“

His plans for the new year are unconfirmed currently, although it seems he’ll be moving to EMX250 with either a Husqvarna or KTM team.