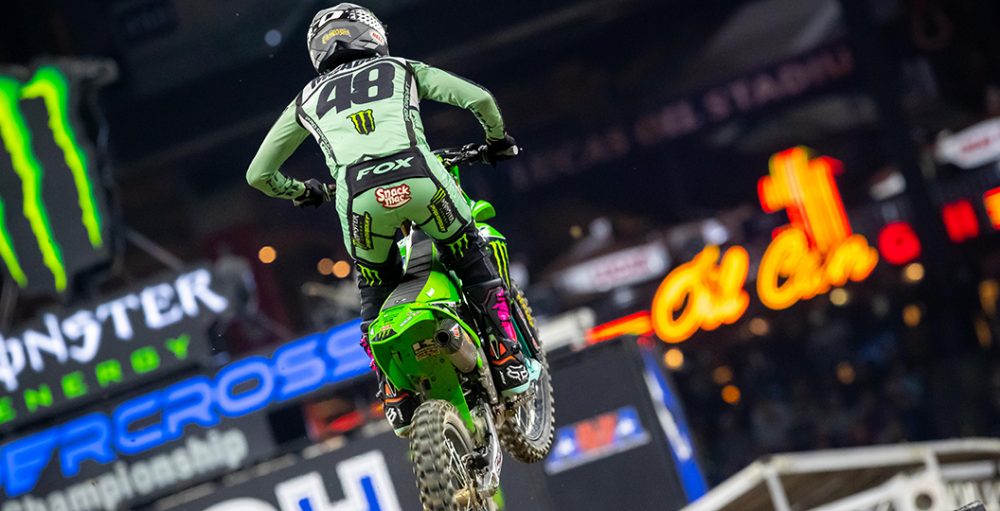 The 250SX East division, which was full of elite talent just a couple of weeks ago, took another hit in St. Louis on Friday, April 08. Monster Energy Pro Circuit Kawasaki’s Cameron McAdoo crashed and sustained a shoulder injury that will sideline him for the foreseeable. In a devastating turn of events for the team, they now have no active riders on the east coast. Austin Forkner is sidelined with a broken collarbone and Jett Reynolds is dealing with a fractured hand.

“Disappointed is an understatement. Unfortunately I had a slight mishap riding press today in St. Louis and will not be racing tomorrow night. I was very optimistic about the work we did during the break. Small hiccup but we will be back shortly. See everyone soon.”

McAdoo was second in the 250SX East championship standings, just eleven points down on Jett Lawrence. With McAdoo sidelined, Lawrence has a gap of thirty-eight over Pierce Brown in third. It remains to be seen whether or not Monster Energy Pro Circuit Kawasaki will get a fill-in rider, but there are some guys who have just become available.

The thirteenth round of 2022 Monster Energy Supercross will take place inside of The Dome at America’s Center, St. Louis, on Saturday, April 09.