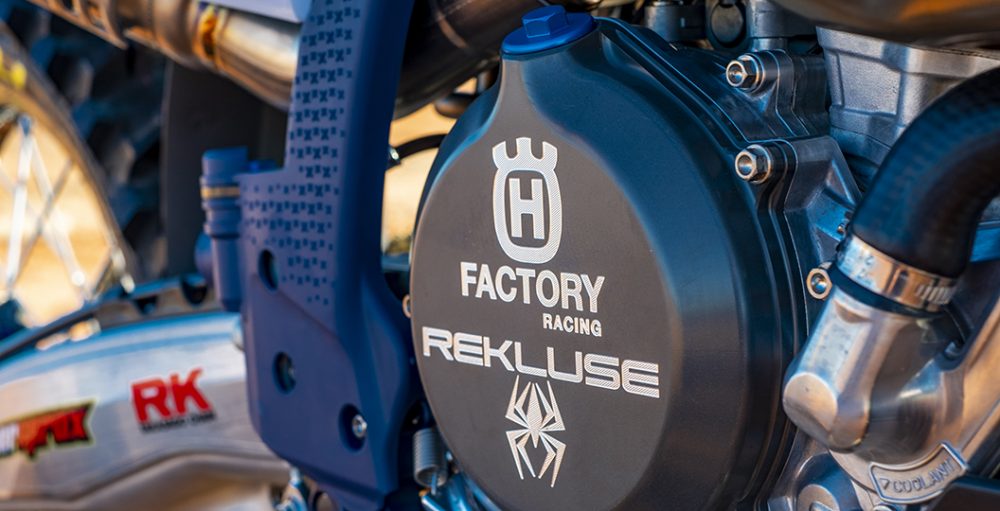 Maxime Grau to miss a lot of the season, struggling with Epstein-Barr Virus.

Turning attention to the EMX250 division, which will begin at the second round of the 2022 FIM Motocross World Championship, a major contender will be missing. Nestaan Husqvarna Factory Racing’s Maxime Grau will not be present. Grau has been struggling with Epstein-Barr Virus for quite some time and now that has been uncovered, the specialists have advised that he takes the necessary time to recover and protect his future. It is highly likely that he will miss an overwhelming majority of the year.

Grau was fairly unknown when Husqvarna Factory Racing welcomed him aboard twelve months ago, but he was rather impressive in his four-stroke debut. The fact that he was struggling with Epstein-Barr Virus the whole time makes his showings even more incredible! Grau finished twelfth in the final championship standings, despite not scoring in eight motos. Seventh overall at the Grand Prix of Pietramurata via 8-5 moto scores was a season-best finish for the prodigy.

Nestaan Husqvarna Factory Racing will support Maxime Grau, who was set to compete in the EMX250 class that runs alongside the FIM Motocross World Championship, as he takes the necessary steps to make a full recovery from the Epstein-Barr Virus. Thorough examinations in the wintertime revealed that Grau has had Epstein-Barr in his system for some time. The team, along with a group of specialists, determined that the best course of action would be to take the time to make a full recovery, in order to protect his rather bright future and ensure that he can garner the results that he truly deserves.

Unknowingly racing with the virus throughout the previous term, Grau impressed with his raw speed in his debut aboard the FC 250. The fact that he was capable of landing on the podium, despite competing against riders much older than him, was clear for all to see. Twelfth was the position that he eventually secured in the final championship standings, with a season-best finish of fourth in moto one at the Grand Prix of Great Britain. Taking seventh overall at the Grand Prix of Pietramurata, via 8-5 moto scores, was another highlight of his rookie term.

The Nestaan Husqvarna Factory Racing team will start the 2022 FIM Motocross World Championship at the Grand Prix of Great Britain this coming weekend. Kay de Wolf and Roan van de Moosdijk will represent the team in the MX2 division.

Rasmus Jorgensen (Nestaan Husqvarna Factory Racing Team Manager): “It is difficult to accept that something like this has to sideline you for a big part of the season, especially when you are 16 years old. I know Maxime is very disappointed but also relieved at the same time as he did not feel good physically at all last season. He has our full support, and we will keep monitoring the situation with top doctors and professors specialising in this area. We cannot wait to see Maxime back on the bike and doing what he loves the most.”