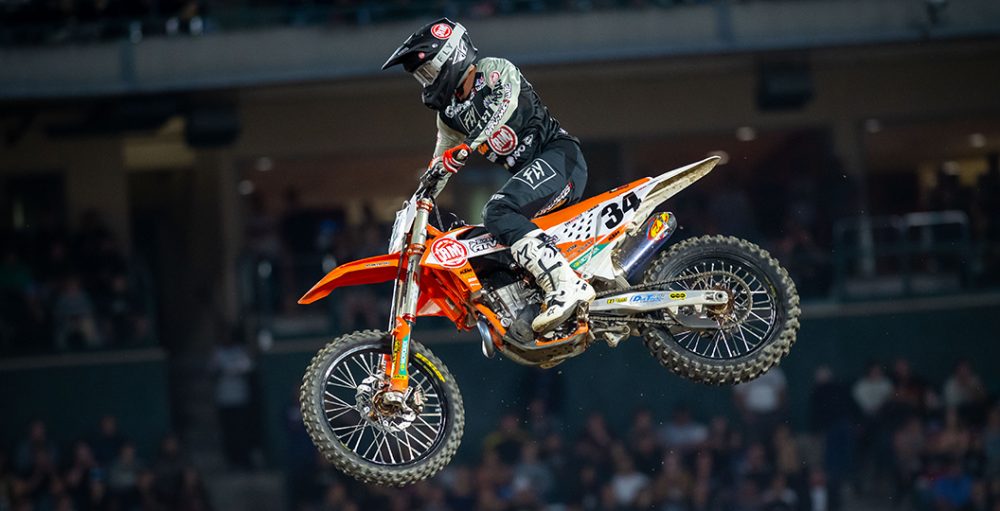 When the Rocky Mountain ATV/MC KTM WPS collapsed last month, three riders were left in the wilderness with no means of survival. Max Anstie was the favourite to take a fill-in role at Monster Energy Kawasaki, but has just confirmed via social media that he did not land the seat. Other potential options, like Red Bull KTM, never quite materialised either. Anstie provided the following update to his legion of fans.

“Not sure what the future holds at the moment! A few good options for outdoors never came together. I’ll keep everyone up to date with what is happening. 450 or 250, I’ll be ready (and for all the people that keep asking, I didn’t say no to KTM).”

Anstie is in a rather unique situation, as he still has 250F eligibility both indoors and outdoors. That means that he can entertain many options for the 2023 Monster Energy Supercross season. For now, however, it seems that he will not be on the starting line when Lucas Oil Pro Motocross begins on May 28. It’s also worth noting that the injury that he sustained in Minneapolis in February healed over a month ago, so he is ready to race as soon as the phone rings.