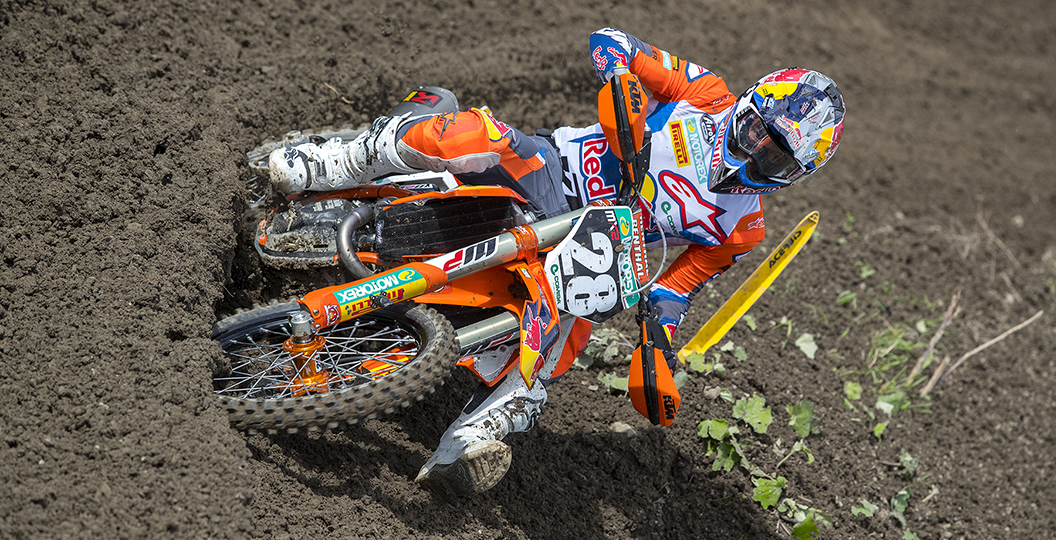 Ever seen those Mr. Magoo cartoons? I feel like I’m dating myself here but Mr. Magoo was an elderly man who was blind and stumbled around in life but yet seemingly never had anything bad happen to him. It always worked out for Mr Magoo! The French Federation of Motocross [FFM] has been the Mr. Magoo of MX the last few years.

No matter how bad they seem to screw things up, it all works out and they win the Motocross of Nations. Last year, out of pettiness that he skipped the race in the past, they left Marvin Musquin off the team despite him being one of the best riders in the world and winning at RedBud, where the race was held, previously. It was confounding but it didn’t matter, they Mr. Magoo’d themselves into another win at the event.

A couple of years ago they sent an ex-motocrosser who had turned to racing enduros over some other choices, but the race ended up being a huge mudder and Christophe Charlier rode well to help them win the race. This year, they are doing it again. The news broke that promising youngster Tom Vialle of the Red Bull KTM team was being left off the MX2 roster because of, get this, the size and/or placement of the Red Bull logo (his team’s primary sponsor) on the helmet and/or jersey.

Yep, you read that right. The president of the FFM had this to say, “I am really saddened by this situation, especially for Tom, but for my part I consider that the pilots must first wear the colours of France to the MXoN. Trademarks are necessary but they can’t impose their diktat [sic] at the expense of national colours.” Yeah, they are really going to do that. The team named Maxime Renaux as his replacement and although Renaux is a solid choice, he is not on the level of Vialle. The French though? They do not care. It’s amazing.

“Nothing surprises me when it comes to the French federation. I’ve been dealing with them for over twenty years, so it’s always something,” said David Vuillemin who raced, and one time won, for France over the years at this race. “They use that ridiculous jersey, which I think came out the first year we won in 2001. They look like soccer jerseys. They look like sh*t and then they kept doing it. We fight, because they wanted big France on the chest like anybody would have Red Bull or Fox or Thor or whatever.

“It’s always like a big fight to put our logos on the jersey for this freaking race, and they don’t pay for shit. They pay for a few flights. I rode for free. Every time I went I rode for free. It has to do with the Red Bull helmet and then they needed the French logo, they need the rooster. It’s ridiculous. They are fighting about this and I’m sure they’re fighting about the big France on the chest, which has to be Red Bull. They are fighting about logo position on the jersey or the helmet. The federation doesn’t want to budge, and they might not take him.”

Here is the thing though: It might work out again! Seriously, it doesn’t seem like it with the injury to Romain Febvre but France has done all those things at the top of this story and still won. Not too mention they sent Jordi Tixier last year who didn’t really even have a team and had struggled in the series. I refuse to count out Team France no matter what they do for rider selections.

I told winning rider Gautier Paulin that last year and he said that it does frustrate him that there are so many people writing the team off but then not coming around after the win to say they were wrong. I was one of those guys and I think GP appreciated it. So, yeah, hard to see them winning this year, but would anyone be surprised if they did?

“The good thing is they [Team France] always do good, but this year is going to be tough. It’s a very typical track. They said they are not going to bring as much sand as they used to this race, but I doubt it. They are going to advantage their own team. It’s going to be super sandy. The track is kind of tight. It’s even tough for us to ride a sandy, tight track.”

Even Vuillemin can’t count the French out of this thing despite the injury and the logo-gate issue. The teams earned that benefit of the doubt with their five wins in a row. The Dutch are heavy favourites for the win this year but don’t look now, Mr. Magoo is right around the corner in the blue, red and white jacket with the Fleur de Lis logos.