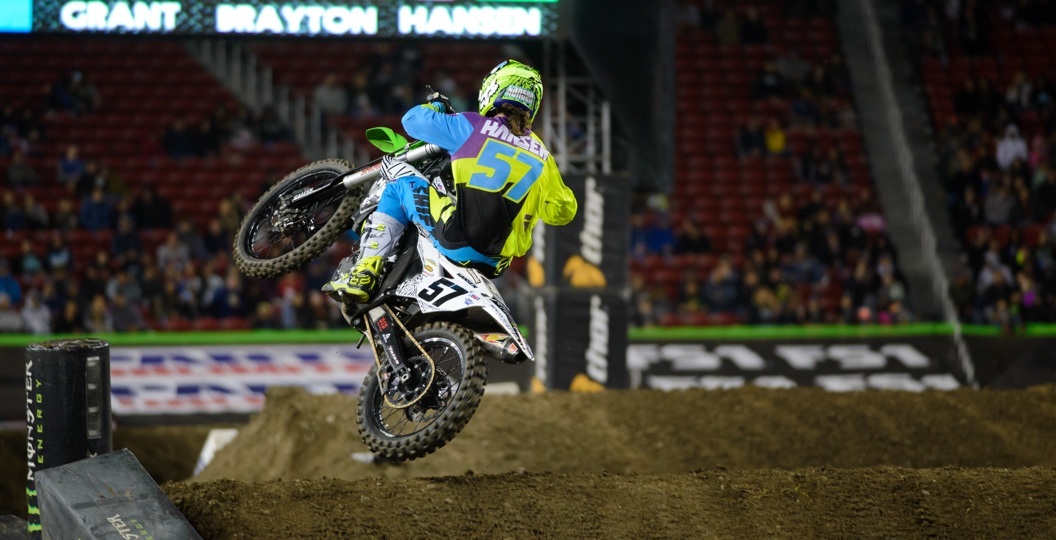 The job of a moto journalist in the pits isn’t easy, folks. Now I’m not going to compare ourselves to a dug in with the Afghan rebels CNN reporter, but the difficulty is somewhere between that and driving an ice cream truck around. You see, the tough thing in the gig is that not everyone always says what they mean or what they should. In the quest to try and get information about a race, a team or a rider, your job as the reporter is to track the right people down and ask the questions. What you get back isn’t always the truth or what you thought you were going to hear. Your job is to wade through the crap and figure out what is the truth and what isn’t.

Riders are tricky. They have contracts to get, keep or in some cases, get out of. So they’re an elusive group in our industry and tough to figure out. For example here are some quotes from the post-race interviews I did at Santa Clara with a variety of riders and then I’ll provide some translation for you as well.

Q: “Another frustrating night for you, but fast time in practice and you’ll get it.”

Translation: “Yeah man, I have NO clue what’s going on here. We’ve tested everything and Kawasaki is paying me huge money and I have one win and it’s not even at a real supercross (Daytona). So I’m trying to stay healthy because based on that Daytona win I think I can kill these dudes outdoors.”

Q: “It’s a Rinaldi one (about his new hydraulic clutch)?”

A: “It’s not something that we were worried about. Those guys have been running it for a few years now. It wasn’t like you had to come in and… You know how the factories are. When you put sh*t like that on there they want to ride with it for a month to make sure it doesn’t do anything, but I think the fact that it was Rinaldi’s helped us a lot.”

Translation: “ My starts have been horrible and I’m just trying anything here ok? Thankfully Rinaldi makes this hydraulic clutch thing that bolts on because if it was any other company it would take months to get approved to put on the bike and by then I’d be on a beach somewhere.”

Q: “Is it something where you think the lappers are doing in on purpose some guys, or do you think it’s just kind of circumstance? You’ve been on both sides of that.”

A: “I don’t know. I don’t want to make any assumptions or anything because people will be getting their feathers ruffled. But I definitely think some people move out of the way for that number one a lot easier than they do anybody else. So I mean if that’s the advantage of having the number on plate then hell yeah, I want to get the number one plate. But it is what it is.”

Translation: “There are some assholes that are moving over for Webb and then when they see me they’re making it hard for me. I’m not sure why they would do that, I’m a cooler guy! I would name names but that would just cause me more problems.”

Q: “ It was looking really good. You were right there on the start. What happened? I just saw a blur of white go down.”

A: “Yeah, I honestly felt like I had the holeshot. I glanced left and didn’t really see anybody, so I went in there like I had the holeshot. Me and Anderson just connected and I went down, which is a bummer. But I wouldn’t change anything. I was going for it. I knew if I got the holeshot that it was going to be an awesome night. I knew if I got a bad start it wasn’t going to be a good night. You’ve got to go for it in those situations and I’ll do the same thing next week. Sooner or later one’s going to pan out and we’ll hopefully win one of these.”

Translation: “On this crappy track the start was everything and so I just went for it. Rolled the dice really and hey, maybe it would’ve worked out and I would’ve got a top five or a podium. I’m not even mad that I bounced off Anderson and went down. Carpe diem dude, carpe diem.”

Q: “I guess for you it was short notice to come up here. Your sponsor is from around this area. So you made the main, I guess that’s the thing, and go out there and have some fun, right?”

A: “Yeah, it was cool. I would have liked to get a good start in the main event. I got in that little pile-up thing in the first corner. You need to get starts. The guys are pretty fast. I think I was like fourteenth. Me, Barcia, Baggett, were like battling for fourteenth the whole time. But it was cool. It was all good. I had a lot of fun. I didn’t know what to expect or where I was. It was cool.”

Translation: “My sponsor basically made me race, I barely practiced and honestly I was just happy to make the main event for the first race out.”

Q: “Are you and Jimmy Decotis going to actually fight tonight? Should I stick around?”

A: “You missed the fight already. No, I apologized for that. He’s bummed and I’m bummed for him. I never meant to do that, but unfortunately there was another rider in-between us. We almost all went down. I wish he didn’t. He was riding good all day. He would have been up there but stuff happens. We got another race.”

Translation: “I was going faster and he was holding me up. I do feel a smidge bad I knocked him down but, hey man, it’s not a team sport.”